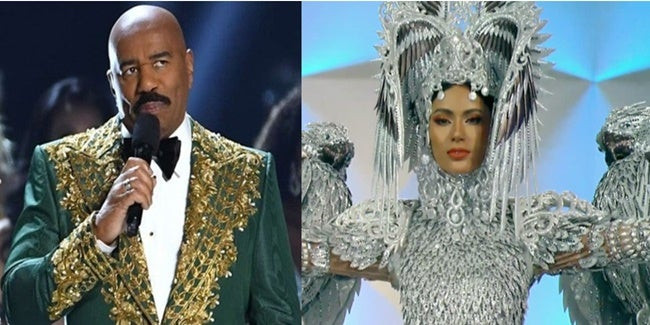 Steve Harvey was enmeshed in another gaffe at the 2019 Miss Universe held last night in Atlanta, United States.

The 62-year-old host was accused of flubbing the name of 2019 Miss Universe costume contest winner after which he blamed the teleprompter.

“Earlier this week, all the contestants competed in a National Costume contest. Here’s the look at the winner, Miss Philippines.
“It’s not Philippines. It’s Malaysia,” Miss Universe Malaysia Shweta Sekhon firmly told the host while standing beside him on stage.
“Let me explain something to you. I just read that in the teleprompter. Ya’ll got to quit doing this to me. I can read,” he said.
“Now, they are trying to fix it now. See? This is what they did to me back in 2015 — played me short like that.” 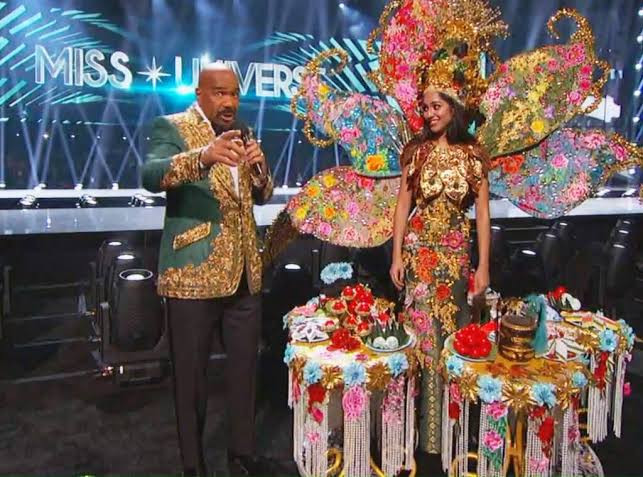 He also got teased by Miss Colombia Gabriela Tafur Náder, who asked if he read the results correctly after he announced that she made it to the top 20.  It was however revealed later that Harvey was right all along.

“Miss Universe Philippines Gazini Ganados is the winner of the Miss Universe 2019 National Costume competition.
"As part of the broadcast, we also featured Miss Universe Malaysia Shweta Sekhon’s national costume. Miss Sekhon wasn’t aware we’d be announcing Philippines first, so she jumped the gun when Mr. Harvey started with that news.
"Mr. Harvey made a joke of it so as not to embarrass her, but no mistakes regarding the national costume winner were made by him, the prompter or production.” 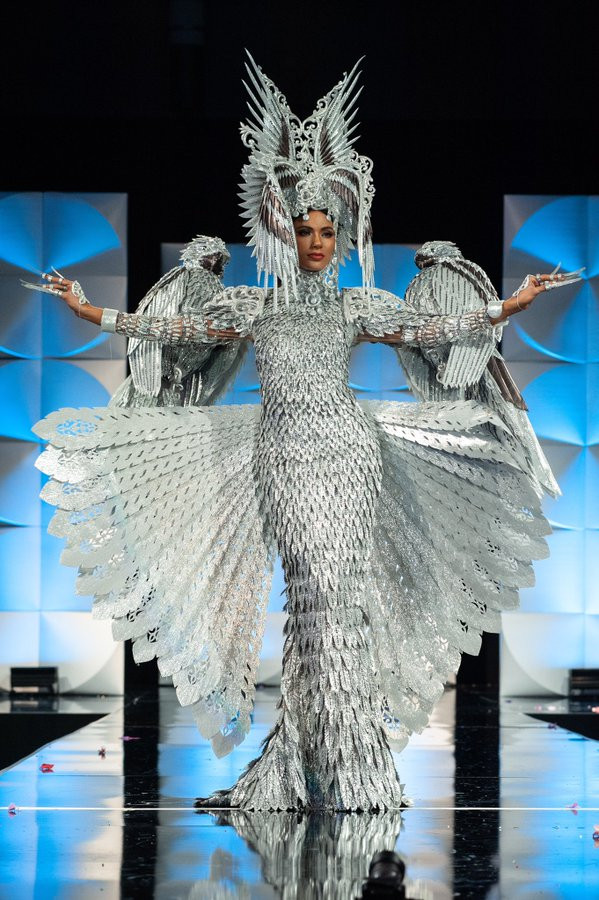 Recall that Steve Harvey who is hosting the pageantry for the fifth year in a row was in the middle of a dramatic moment after famously announcing the wrong winner at the Miss Universe pageant in 2015.