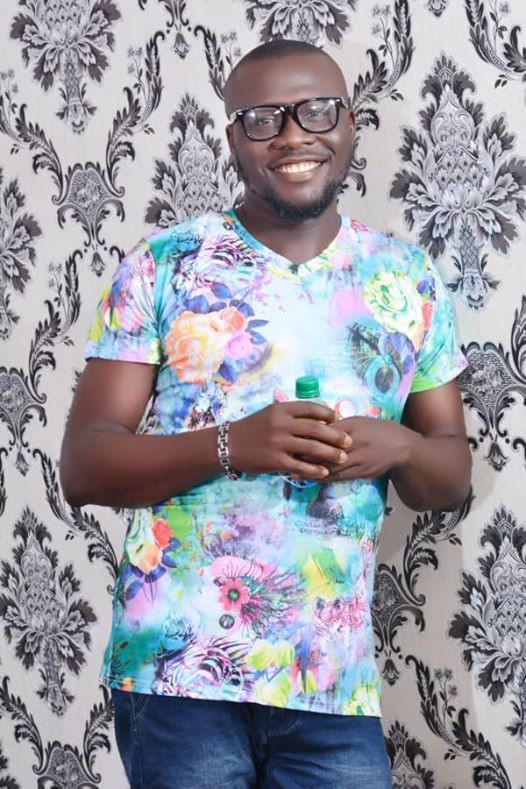 Family and friends of a Taxify driver identified as Jason Oghogho Okunbor have called on the Edo State Police Command to locate him.

According to a friends of Okunbor, he went missing three weeks ago in Benin City. His car and mobile phone were later recovered from some persons that attacked him.

The suspects are allegedly in police custody, however, Okunbor is still missing. Read below:

"It is exactly 3 weeks today since my friend, Jason Oghogho Okunbor AKA BLACKMAN left home to go hustle, he said goodbye to his wife and kids and left, Jason is a TAXIFY Driver in Benin City, Edo State. we haven’t seen OR heard from him since he left home for work that faithful Thursday(21/11/2019)WHAT WE KNOW:- He was attacked by some people ( Now in Police Custody)- His car was recovered from the attackers by the police- His mobile phone also recovered from the attackers is also with the police- He is MISSINGWe want to invoke the goodwill and influence of everyone reading this to help share this post and help call on the POLICE Command in Benin City leave no stone unturned in the quest to locate our Brother Jason.We Appeal to anybody who has any information about his whereabouts to please contact the nearest Police station or the family." 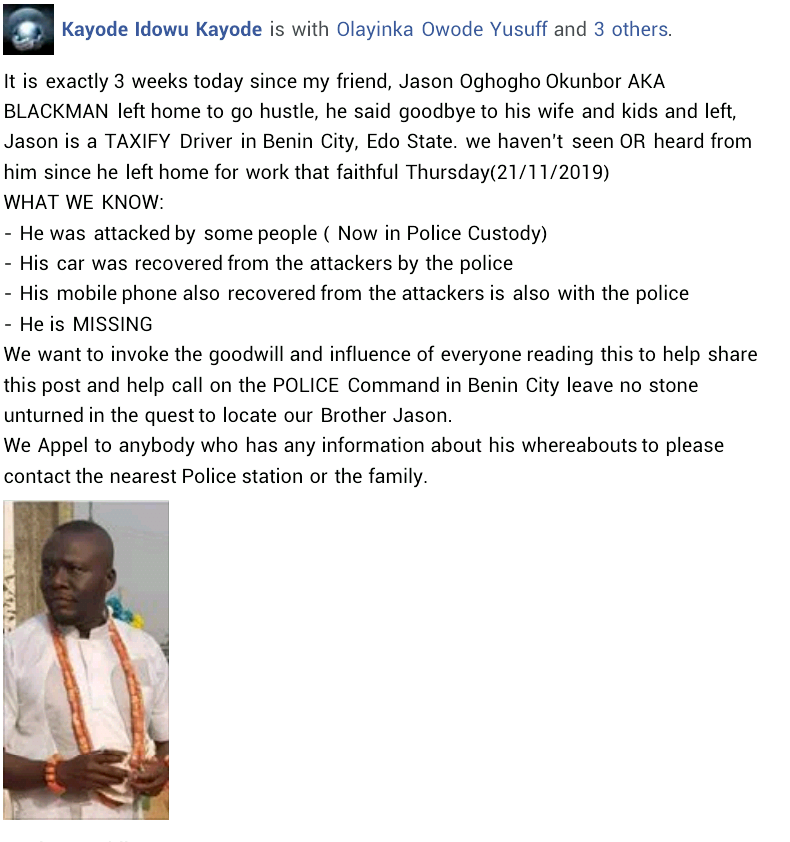 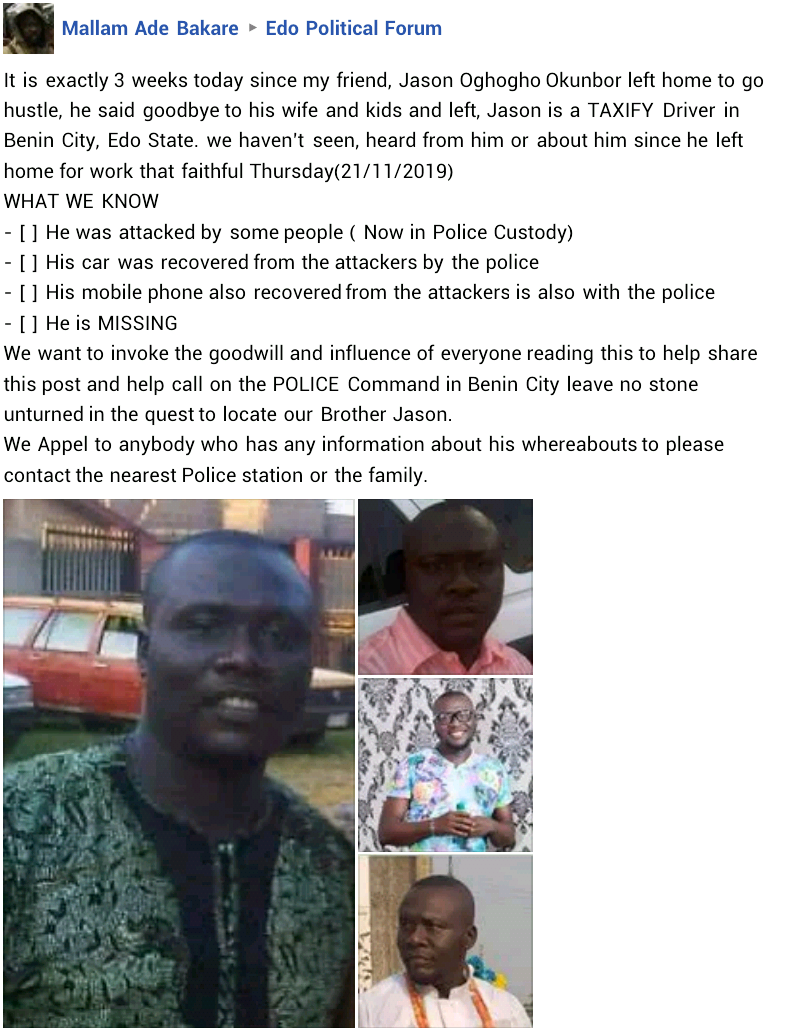