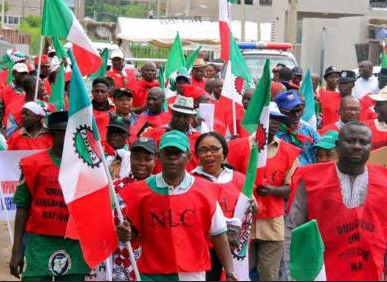 The Nigeria Labour Congress has said that there will be consequences for states that fail to implement the new minimum wage before the December 31st ultimatum issued to them.

The union, through its Chairman, Ayuba Wabba, gave the ultimatum to states yet to implement the new wage scheme following a one-day meeting in Abuja on Wednesday, December 11th.

According to Premium Times, the labour union warned of dire consequences, including not guaranteeing industrial harmony in such states that fail to meet the December 31 deadline to resolve the issue.

Other resolutions included that each state should immediately convoke an emergency state executive council meeting and state congress of all workers to brief them of the outcome of the meeting on the new national minimum wage implementation.
By Linda Ochagla at Thursday, December 12, 2019