Two men arrested by police while in a cab, take to Twitter to raise alarm 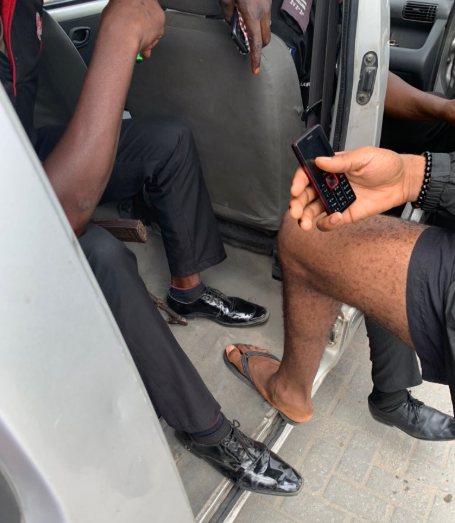 Two young men were allegedly arrested by police today for "no reason" but have now been released. While being held, they took to Twitter to raise alarm.

"You guys @georgeyworgy and I have been arrested by SARS for the past one hour +," @vincentdesmond_ tweeted.

The young men said they were in a cab driving along the Lekki-Ajah road when a bus stopped in front of their cab and policemen came out with guns.

Vincent claims the policemen searched their phones and their ID cards. Despite finding nothing incriminating, they entered the cab and asked the driver to drive them all to the police station.

At the station, the men said the officers asked them to pay 50,000 Naira.

The other man, who is a student, said the officers told them, "We are fining you guys but it’s not compulsory."

The men were released after about an hour.

Read their tweets below. 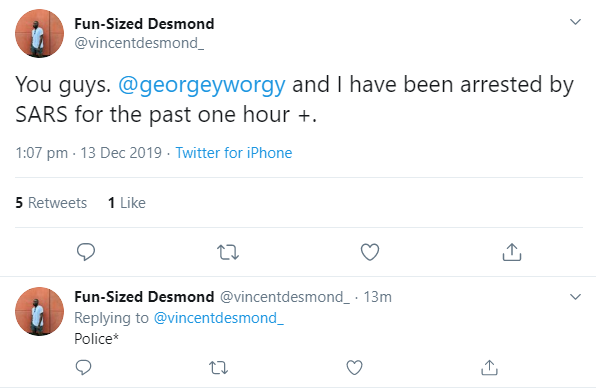 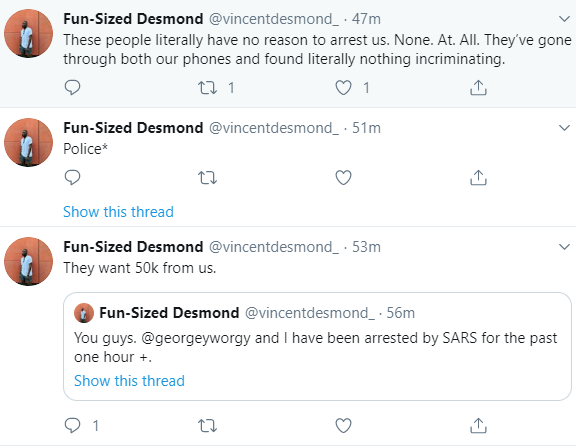 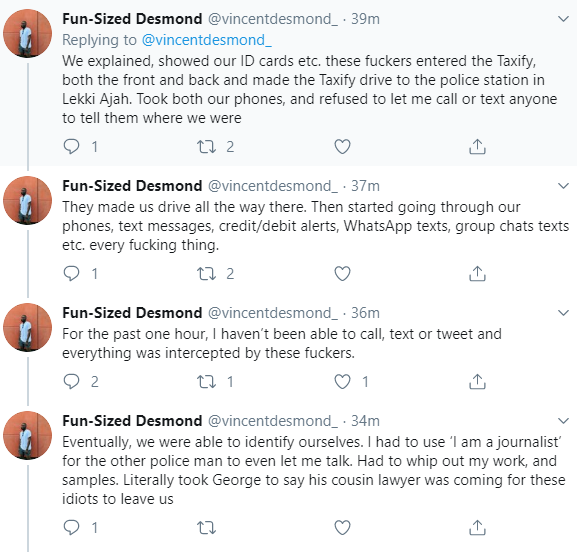 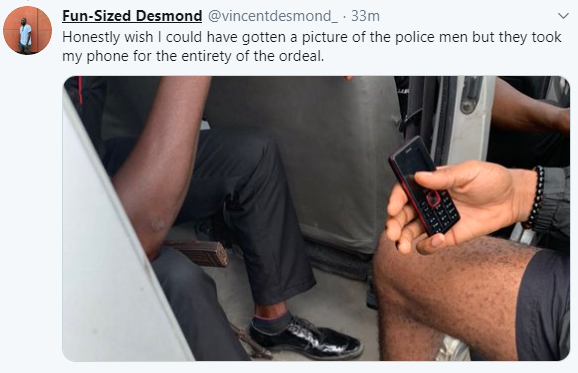 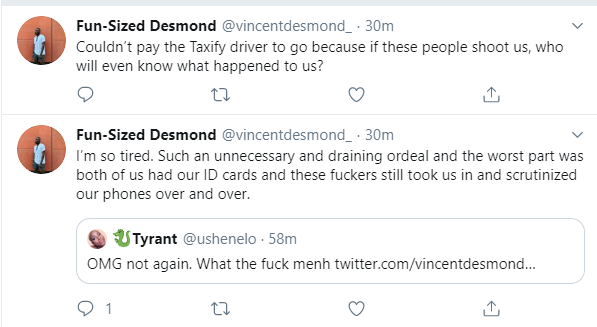 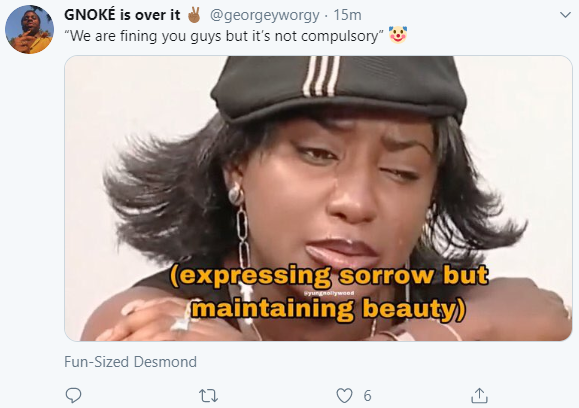