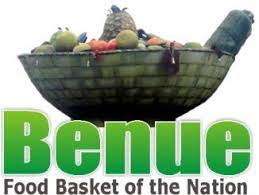 United Nations (UN) University For Global Peace has selected Benue State for the establishment of the first African University for Peace to further boost peace initiative of Governor Samuel Ortom. Royal Ambassador General of the UN University for Global Peace, His Royal Highness, Dr. Valentine Sunday Abat disclosed this, yesterday, at a press conference in Makurdi.

The ambassador explained that when established, the university will prepare leaders in the country in peace building and tackling day-to-day challenges. He said it is UN’s belief that, if there is no peace, there would be no progress, or development.

According to him, the essence of establishing the University in the state is in recognition of governor Ortom efforts in peace building.   He further stated that the University has also invited the Russell’s Hall group to partner with Benue State government in building economic infrastructure.

Meanwhile, the International Human Rights Commission (IHRC) is to confer Nelson Mandela award on Ortom for his efforts in building peace in Benue.President IHRC Geneva, Ambassador Hussein Bou-said, who disclosed this in Makurdi, said Ortom is the second governor in the country to be conferred with the Mandela award by the IHRC.
By Linda Ochagla at Monday, December 16, 2019