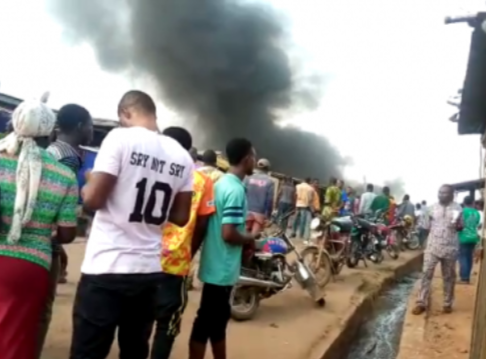 The Ondo State police command has begun arresting persons suspected to have participatep in the burning of Sotitobire Miracle Centre, Akure, on Wednesday.

The church headed by Pastor Alfa Babatunde, was set ablaze by an angry mob after news spread that the body of a one-year-old boy declared missing since November 10 during a service had been dug up inside the church.

So far, the police has arrested no fewer than 10 persons in connection with the incident.

Commissioner of Police in the state, Undie Adie, while confirming the development, said that those arrested have been detained.

He said, “We have been able to arrest some persons at least 10 of them and they are currently in our custody.
“It was unfortunate that they were able to have their way in burning down the church but we were able to protect the pastor's house from being set ablaze.
“Vehicles in the compound were damaged but we had been able to move them to the state CID office as investigation continues.”