US government speaks on Sowore's rearrest, asks for judicial independence and respect for rule of law 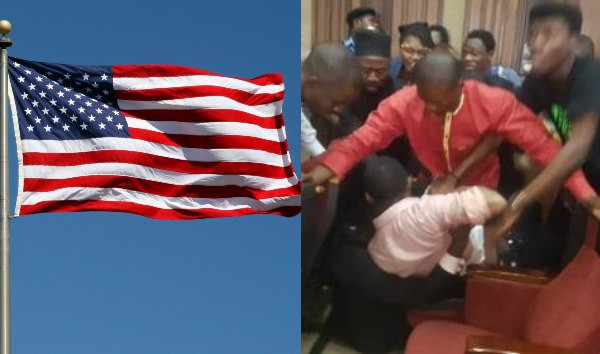 The US Bureau of Democracy, Human Rights and Labor Affairs has reacted to the rearrest of Omoyele Sowore at the Federal High Court in Abuja on Friday December 6.

Recall LIB reported earlier that the #RevolutionNow convener's trial was disrupted by operatives of the Department of State Services who stormed the court to rearrest him.

Reacting to the incident which led to an uproar, the bureau which is within the United States Department of State and under the purview of the Under Secretary of State for Civilian Security, Democracy, and Human Rights, stressed that the respect for rule of law, judicial independence, political and media freedom, and due process are key tenets of democracy.

It added that they are deeply concerned that Sowore was rearrested shortly after being released on bail.

The tweet reads “We are deeply concerned that #Sowore has been re-detained in #Nigeria, shortly after a court ordered he be released on bail,” the bureau tweeted.
“Respect for rule of law, judicial independence, political and media freedom, and due process are key tenets of #democracy.”