Video: Angry fans destroy properties in Jos after Davido failed to appear for a concert 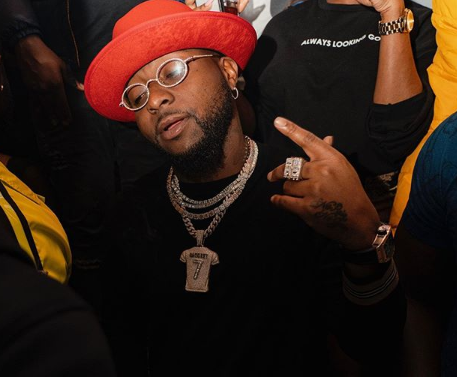 Davido is currently in the middle of a firestorm and backlashes from his angry fans in Jos.

Davido who was supposed to grace his fans with a performance, didn't show up and angry fans went on to express their anger by calling him names and destroying properties in the area.

Davido and the organisers of the show are yet ot officially respond to the chaos.

See video and social media reactiosn from the event below....

Watch how angry fans were throwing stones, bottles and other things on the stage during the #JosChillin because #davidodidntcum!#JosTwitterCommunity pic.twitter.com/hfGoaYQTCa
— JON SNOW ⚪ - THE WHITE WOLF (@Iam_alvinpaul) December 2, 2019

Jos Chillin' hereby tenders an unreserved apology to our esteemed guests, sponsors and partners who came out to attend and support the 2019 Jos Chillin' Mega Fiesta for the no-show of our advertised headliner, Davido. #DavidoinJos pic.twitter.com/DDU7eaC5iD
— Matthew Tegha (@matthewtegha) December 2, 2019

Davido's name was tagged on more then 4 Events in a day, from Abuja to Asaba, Jos & Lagos!

Ask yourself, If JOS CHILLIN organisers made a down payment as required by most Performing artists... #thread #davidodidntcum
— Drip 💞💘 (@spoiltCyndy) December 2, 2019

Dear @iam_Davido what have we done to deserve this from you,you have ruined the reputation of our only surviving strong show and you disappointed your fans who went out inside the serious Jos cold to wait for your arrival. we deserve everything from you #joschillin #DavidoinJos
— ms_sif (@_fatmun) December 2, 2019

I’m looking at the 300,000 naira tables for #DavidoinJos and seeing two bottles of Satzenbrau and 3 cans of Grand Malt. On top of that, Davido did not show.