A gun battle is currently going on in Aguda, Surulere, as tension between rival cult groups got out of control.

Residents report heavy gunfire around Pako, Yeside, and Cassette bus stop in Aguda. They say the streets and major roads have been taken over by hoodlums. Massive looting is also taking place at Aguda market.

According to reports, the tension has been going on for days but it reached a fever pitch this morning and erupted in violence.

People have been warned to avoid that area and residents are reportedly staying indoors to avoid being caught in the crossfire. 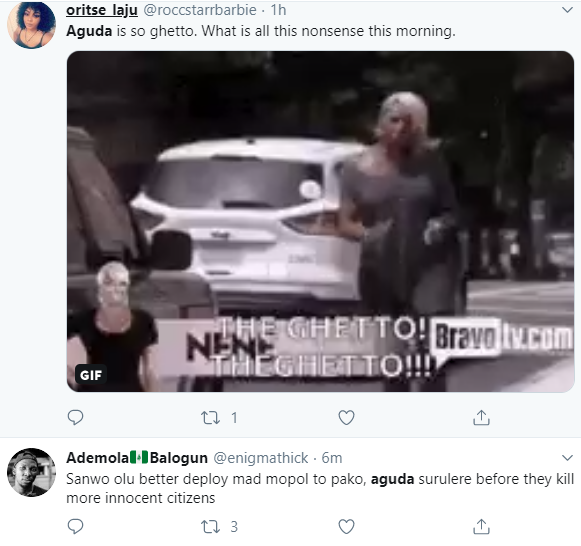 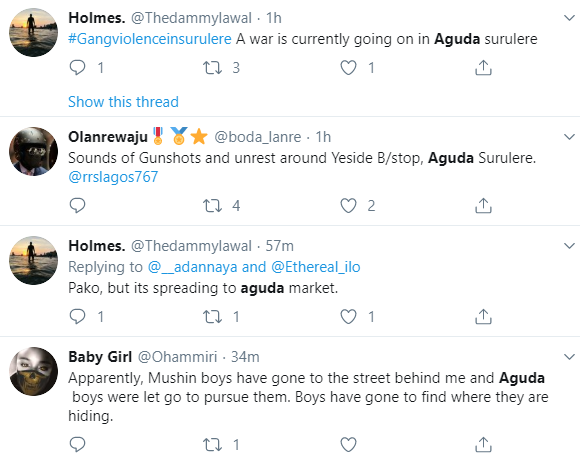