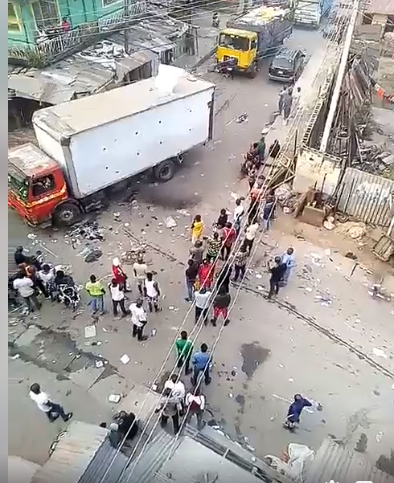 A joint team of Customs and Army officers have been accused of allegedly breaking into shops at Popo Street in Yaba, Lagos to allegedly confiscate second-hand clothings popularly known as Okirika.

According to eyewitnesses, the incident occurred on Sunday December 29 while most owners of the shops are away for the Christmas holiday. 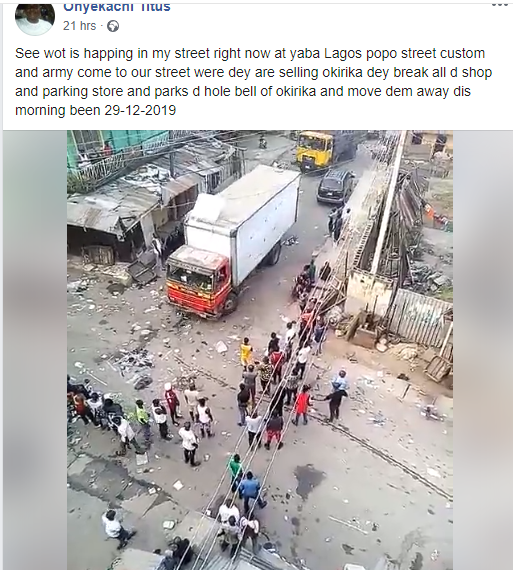 
The incident reportedly occurred at Popo street in Yaba. The security operatives allegedly broke into the shops to confiscate bales of second-hand clothings (okirika)
A post shared by Lindaikejiblog (@lindaikejiblogofficial) on Dec 29, 2019 at 8:36pm PST