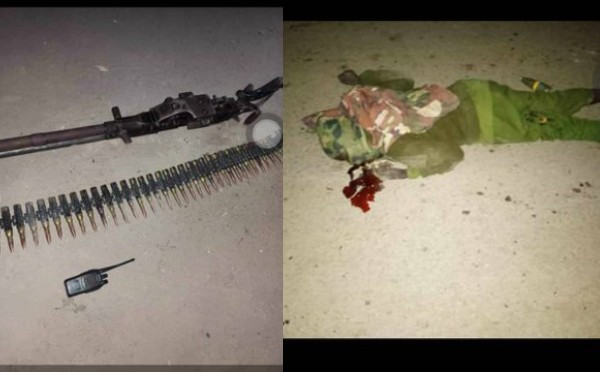 A Boko Haram attack on Damaturu, Yobe State's capital was successfully repelled by the Nigerian military.

There were viral eyewitness account of loud gunshots and artillery fire in the North East State capital on social media in the late hours of yesterday December 22, an incident that led to early closure of houses and businesses.

Take One Minute Of Your Time And Pray For Damaturu The State Is Under Attack As Gunshots And Heavy Artillery Rented The Air, May Allah Protect Them Against This Evildoers pic.twitter.com/6e5WOQJ24p
— Mukhtar (@IMUKHTY) December 22, 2019


Premium Times reported that the Spokesman of Sector II of Operation Lafiya Dole, Damaturu, Njoka Irabor said “the insurgents made an attempt to enter Damaturu from the northern flank of the town but were given a heavy blow by both air and ground troops. Damaturu is now calm and “details of the attack will be relayed by tomorrow”.


Please pray for our people especially the army over here in Damaturu-Maiduguri, May Allah protect us all amin🙏 pic.twitter.com/C0Hzkt7Nb2
— Hally (@mhalima16) December 22, 2019

It was further learnt that vehicles including the Governor's convoy trying to get to the town were stranded as the military officials blocked the roads leading into the town.

One of the journalists in the Governor's convoy wrote;

“Sir. please this is to inform you that presently military at Damaturu entrance from Maiduguri have closed and blocked the highway not allowing motorists entrance into Damaturu since 3-4 pm. Over 200 heavy and small private and commercial vehicles are stranded. Some are going for Xmas in Gombe, Yola, Kani, Kaduma, Abuja, Jos and others. Even Gov Zulum convoy is now stranded on the road in Damaturu. We learnt that intelligence said BHTs said they will enter Damaturu from Gashau axis but the military has not made any explanation yet. People helpless and afraid of being attacked by BHTs from the bushes at worst without any security with them. Govs Press Crew and Correspondents Chapel of NUJ are also on the convoy. Thanks. Please help these innocent motorists and passengers."