We are in contact with President Buhari over El-Zakzaky - Iran 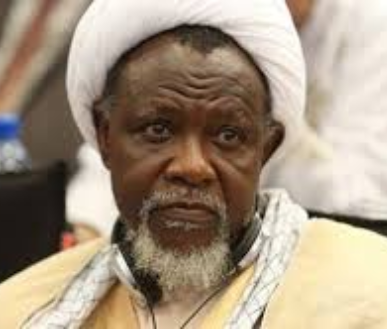 An Iranian Foreign Ministry spokesman has said the country constantly pursues the case of Nigeria’s top Shia cleric Sheikh Ibrahim El-Zakzaky through diplomatic contacts with the Nigerian government in line with efforts to help improve his health.

The meeting took place on the sidelines of the 5th Summit of Gas Exporting Countries Forum (GECF) in Equatorial Guinea. “We hope that the consultations and arrangements that are being made will expedite the settlement of this issue,” the Iranian official said.

Sheikh Zakzaky, who is in his mid-sixties, has been under arrest since December 2015, when his home in the town of Zaria was raided by Nigerian forces.

Three of his sons were killed, his wife sustained serious wounds. Members of the Islamic Movement in Nigeria (IMN) regularly take to the streets of Abuja and several other cities to call for the release of Sheikh Zakzaky.

At a press conference in Tehran, she added that the same court, which had issued a verdict on the necessity for the urgent treatment of Sheikh Zakzaky and his wife, on December 5 ordered their transfer to the Correctional Center in Kaduna. She said she knew nothing about her parents’ situation in the prison.

Suhailah said her father has suffered several bouts of heart attack due to numerous medical conditions and her mother is not able to walk. Sheikh Zakzaky, his daughter said, also suffers from lead and cadmium poisoning, which forced the Nigerian authorities to allow him to travel to India for an aborted treatment.
By Linda Ochagla at Monday, December 09, 2019