We have uncovered plans by some Nigerians to destabilize Nigeria- DSS 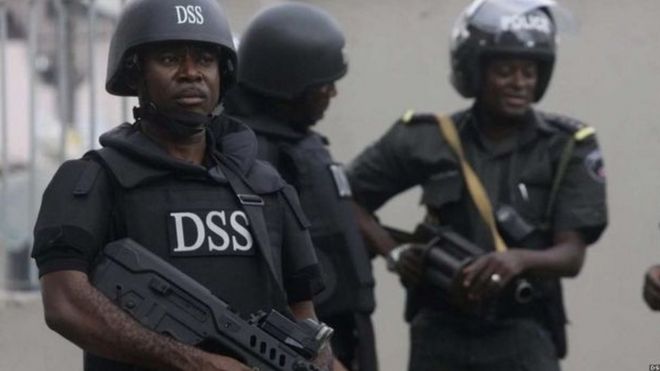 The Department of State Services (DSS) says some Nigerians are planning to cause a breakdown of law and order in the country.

In a statement released by Peter Afunanya, its spokesperson, the DSS said the groups have planned to instigate protests, mass action and violence with a view to causing anarchy and destabilising the country. The DSS warned parents to advise their wards against joining any group that would cause trouble in the country.

“These predetermined actions have been designed to take place simultaneously in the major cities across the geopolitical zones in the coming weeks. This is more so that the plotters are also targeting the yuletide seasons to accomplish their sinister motives.
Parents are advised to rein in their wards and enjoin them not to allow themselves to be used to foment trouble. Similarly, heads of academic and public institutions are to warn their students and employees respectively from engaging in any untoward activity against public order.
The Service and other sister agencies are at alert and will ensure that peace and security are maintained in all parts of the country before, during and after the festive periods. Law abiding citizens are equally encouraged to go about their normal businesses without fear but report any suspected persons or breach of peace to the nearest security office to them.” the statement read