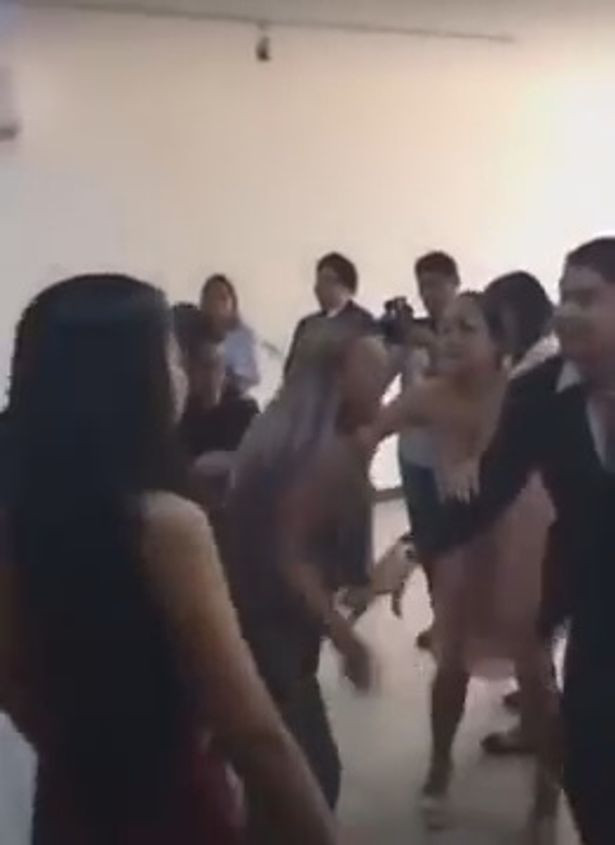 There was pandemonium at a wedding ceremony as a jealous woman crashed the event to pass a message to the groom in front of shocked guests.

The drama unfolded in Mexico City, Mexico, according to local reports.

In the video below, the couple were celebrating their wedding ceremony with friends and family when a woman stormed in and divided attention as she was screaming hysterically.

While three men tried to stop her from approaching where the newly weds were, she screamed out loud and shouts to the groom: "Richard you cannot get married. I love you, you cannot marry," before running towards the bride and appeared to slap her in the face. 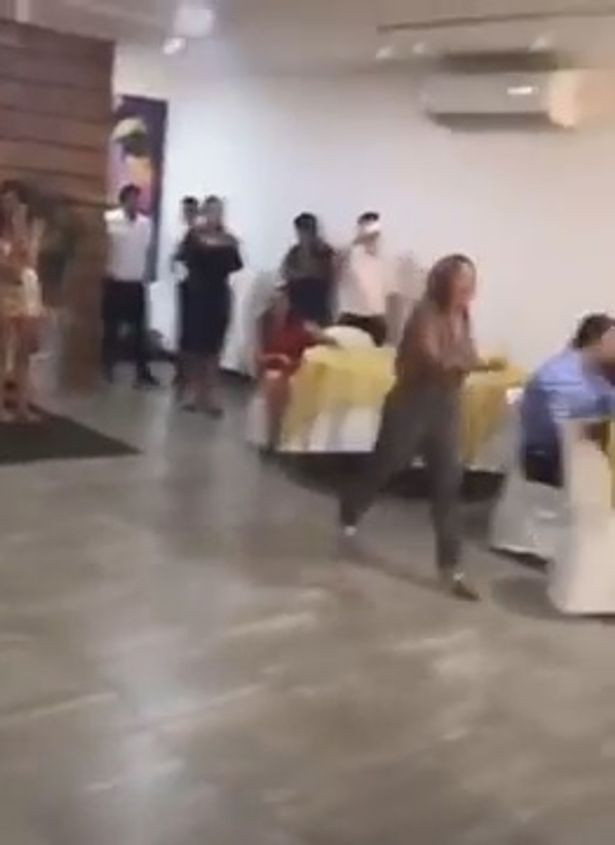 As she continued screaming hysterically, the man who appeared to be the groom was heard saying 'take her out'.

Youtube user 'Ciro Vazquez' wrote on social media "He slept with her and then he married the other one."

One commenter said: "The one that married Richard seems to be a bit clumsy, he is obviously unfaithful."

Watch the video below:
By Linda Ochagla at Saturday, December 21, 2019