What Kanye West had to say about T.I.’s virginity checks on his daughter (Video) 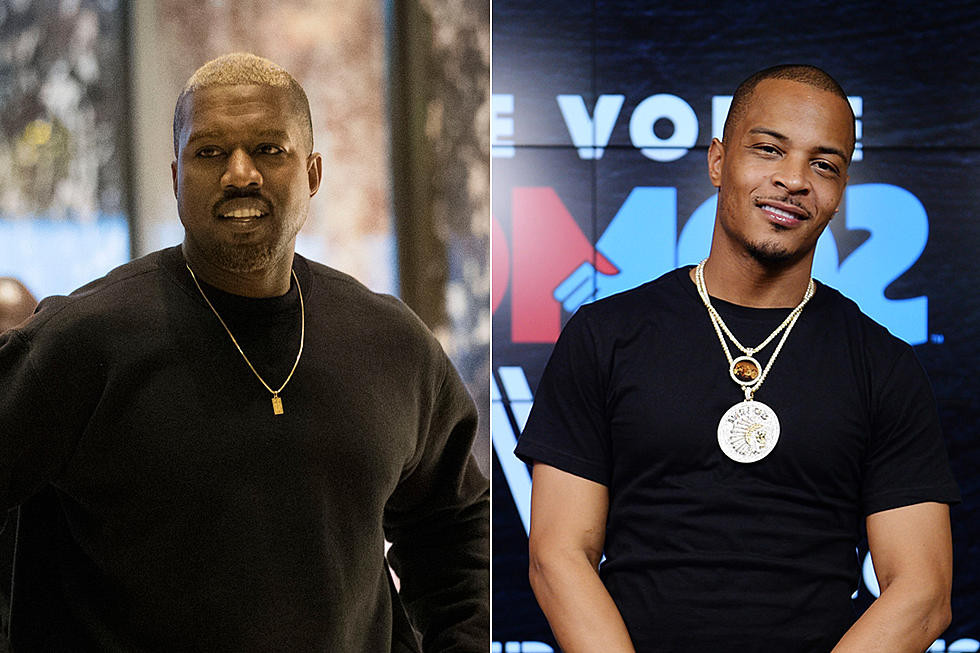 Kanye West has defended T.I after he publicly revealed in November that he takes his 18-year-old daughter, Deyjah Harris to the gynecologist to check her hymen and to confirm if she's still a virgin.
The rapper was speaking at the one-year anniversary of his Sunday services at Union Rescue Mission, a homeless shelter that offers food and spiritual guidance to those in need when he reacted to T.I's comment on his daughter's virginity checks.

In the video below, Kanye West said: “I ain’t tellin nobody what to do, I’m expressin’ what I’ve been through. ‘Cause you know people love to take a soundbite and say, ‘This was not exactly devil-approved by the internet,” West says in the video clip.

He continued, “They tryna play T.I., but he’s talkin about somethin that’s God-approved.” The statement is met with silence from the audience.
Watch the video below:


Recall T.I's comments angered many online after he revealed that he regularly goes to gynecologist appointments with his 18-year-old daughter Deyjah but has no problem with his 15-year-old son who is sexually active. Read HERE

"Not only have we had the conversation, we have yearly trips to the gynecologist to check her hymen."

He continues: "Yes, Yes I go with her. I go with her. So it’s this one time we go, I think this might have been after her 16th birthday. This is what we do… Usually, like the day after the [birthday] party, she’s enjoying her gifts. I put a sticky note on the door: ‘Gyno. Tomorrow. 9:30.' "
The rapper later defended his controversial comments and apologised to his daughter.

He also said that his intentions “have been terribly misconstrued and misconceived.”
“I never said I was in any exam room. That is an assumption; that is a falsity. I never said it was being done present-day as an 18-year-old. I never said that her mother wasn't present,” T.I. said.
“All of this false narrative has just been sensationalized.”
By Linda Ochagla at Tuesday, December 31, 2019