Why El-Zakzaky and wife remains in detention - AGF, Malami explains 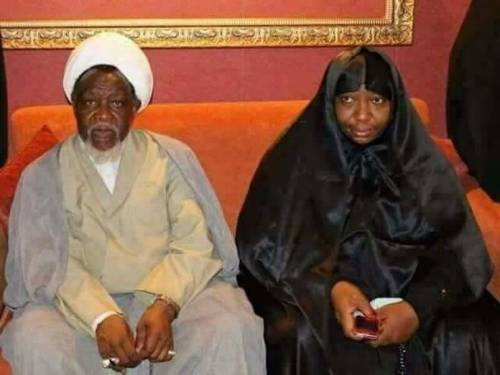 Nigeria's Attorney-General of the Federation, Abubakar Malami (SAN), has said the leader of the Islamic Movement in Nigeria, Ibraheem El-Zakzaky, was not released along with journalist, Omoyele Sowore, and former National Security Adviser, Sambo Dasuki, because the Federal Government cannot interfere in a case already being prosecuted by a state government.

The AGF’s spokesperson, Dr Umar Gwandu, said his principal revealed this during interviews with the Hausa services of the British Broadcasting Corporation and the Voice of America.

He said, “El-Zakzaky and his wife are being prosecuted by the Kaduna State Government on charges of murder.

“The only reasons for the release of Omoyele Sowore and Sambo Dasuki revolved around our commitment to the rule of law, obedience to court orders and compassionate grounds.
“It is important to understand the fact that as far as the law is concerned and in relation to the Nigerian justice system, one has multiple options after a court has ruled on a matter.”

Before now, orders to free El-Zakzaky had been ignored by the Kaduna State Government.
By Linda Ochagla at Saturday, December 28, 2019