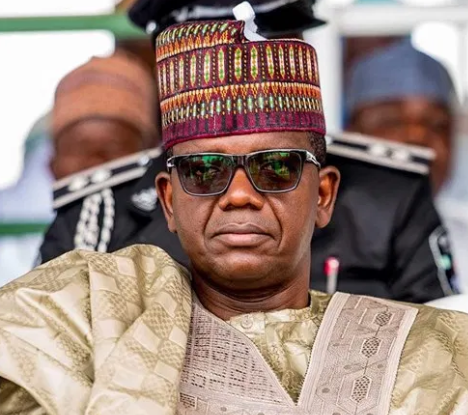 Alhaji Jamilu Zannah, the Commissioner of Education in Zamfara State has resigned posting a sharp rebuke of Governor Bello Matawalle as a bad team player.

Zannah resigned barely two weeks after his inauguration as a member of the state executive council. He hinged his resignation on the “high-handedness” and lack of consultation on the part of Matawalle.

The government has however dismissed the claims, saying Zannah’s action was unfortunate, selfish and a ploy for cheap publicity.

The former Commissioner, who also served as Matawalle’s campaign director during the 2019 governorship election in the state, announced his resignation on Saturday while speaking to newsmen at his Gusau residence.

“His excellency, Alhaji Bello Matawalle has been doing things and running this government single handedly since he assumed office as governor. As his campaign director general, I know we made several promises to many people that when we succeed, these promises will be met.
“However, of all the appointments so far made which include many directors general, senior special assistants, special assistants, special advisers, permanent secretaries, commissioners and members of boards and committees, I am not aware of any that the governor consulted us on.”

Zannah who just returned from a medical trip in India said,

“even though the governor was aware of my sickness and my medical trip where he stayed for about 40 days, which was why he missed the executive council inauguration, he never called to sympathize with me up to the time l returned.

“Since l did not join this Matawalle movement for my personal gains but for the benefits of the people and in order to move the state forward, l have decided to reject this appointment as commissioner of education in the state with immediate effect, and this followed my discussions with my associates.
“I do not know how l can face all those people we made promises to when they see me going round as commissioner while the promises made to them remained unfulfilled.” Matawalle who is currently on a foreign trip, however, said through his Special Adviser on Media, Zailani Bappa, “it is rather unfortunate that someone who claims closeness to His Excellency will resort to this unwholesome antic which is clearly a ploy to achieve a cheap and personal political goal.”

He dismissed the reasons for the resignation as paltry, shallow and a political joke.

“To put the records straight, His Excellency, Governor Bello Muhammad promised the people of Zamfara State peaceful co-existence and good governance.
“The whole world has acclaimed the excellent achievements of His Excellency in bringing peace and introduction of programmes for the speedy development of the state.
“It is therefore, unfortunate that personal and selfish considerations will becloud the vision of trusted confidants at a time when all hands must be on deck to begin a new era in the history of Zamfara State.”

He however wished Zannah all the best in his future endeavours.  Zannah was a former state chairman of the Nigeria Union of Teachers and the Nigeria Labour Congress.
By Linda Ochagla at Monday, December 23, 2019