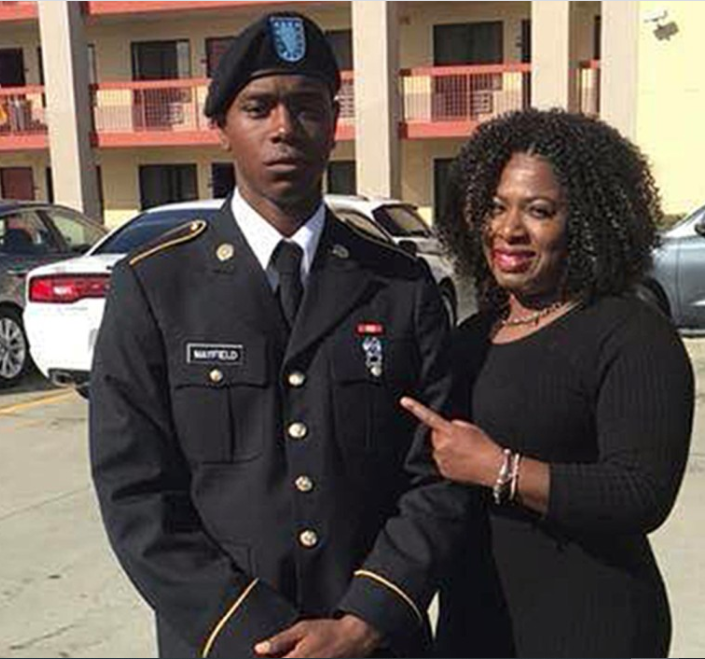 A U.S. Army specialist was among three Americans killed in a weekend attack by al-Qaida-aligned militants in Kenya, according to his family.

She said she last spoke with her son on New Year’s Day over FaceTime. 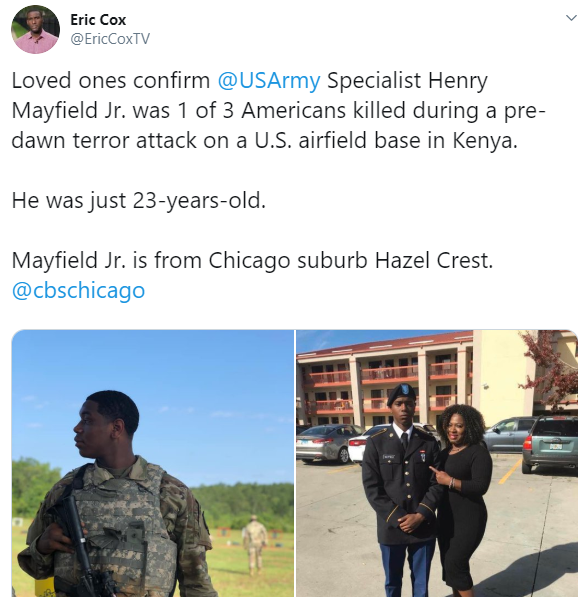 Mayfield and two Defense Department contractors were killed in Kenya after their military base was overrun by al-Shabab fighters. The Pentagon has not yet released the names of the victims.

Two other Defense Department personnel were injured in the attacks at the Kenyan military’s Manda Bay airfield. They were in stable condition and evacuated for treatment, officials said.

The U.S. has about 200 troops in Kenya and roughly 100 nonuniformed personnel. Manda Bay airfield also is near Camp Simba, where other American troops are based. The small outposts play a role in U.S. counterterrorism operations in Somalia, where al-Shabab has been waging a yearslong insurgency against a U.S.-backed government.

Five U.S. aircraft were destroyed and one was damaged during the attack.

On Monday, Kenyan police also arrested three men who tried to force their way into a British army training camp in Kenya, The Associated Press reported. The attempted breach of the British base happened at about the same time the U.S. forces came under attack, the AP said.

Al-Shabab has carried out attacks in Kenya in the past, but this marks the first time U.S. military personnel have been killed in the country.

Below is a video.


#PrayersUp: #Roommates, we are sending our prayers to the loved ones of #HenryMayfieldJr. His family confirms that he was one of U.S. Army specialists that was killed in a raid in Kenya!! 🙏🏾 (📹: @cbschicago)
A post shared by The Shade Room (@theshaderoom) on Jan 6, 2020 at 9:02am PST