Bayelsa Commissioner son, got rescued from kidnappers after 3 weeks (photos) 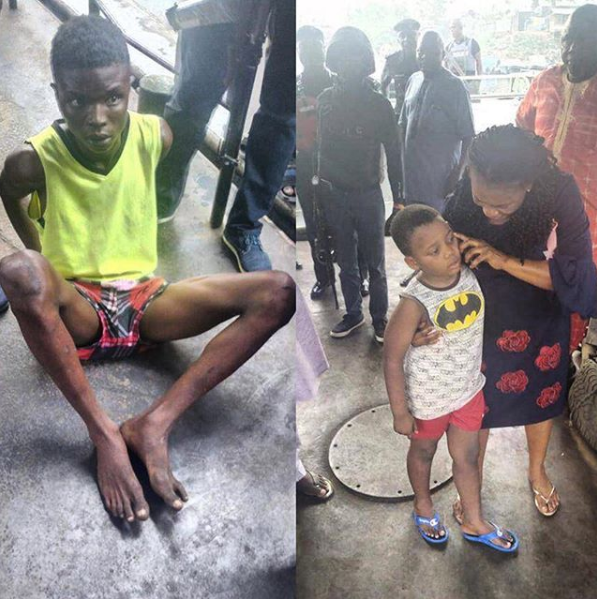 The 6-year-old son of Bayelsa State Commissioner for Water Resources, Nengi Talbot Tubonah, has been rescued after three weeks in captivity.

The boy was abducted on December 22 by four gunmen, who stormed the commissioner’s residence at the New Commissioners’ Quarters in Yenagoa. The gunmen broke into Talbot's home at the quarters located in Opolo and demanded money from the commissioner. They then seized the boy and whisked him away to an unknown location when the commissioner insisted he had no money.

Weeks after his abduction, the boy was rescued by operatives of Puff Adder attached to the Bayelsa Police Command in the creeks of Southern Ijaw Local Government Area.

The Commissioner of Police, Uche Anozia, received the abducted victim at the command’s headquarters in Yenagoa. He said the boy was rescued thanks to the efforts of the police who were on the trail of the kidnappers. He added that the police adopted a high level of intelligence and professionalism to free the boy without him getting harmed.

Anozia revealed that the kidnappers kept moving the victim from one creek to another before they finally rescued him without paying the ransom demanded by the kidnappers.

The command has also paraded the suspected kidnappers behind the act.
By Linda Ochagla at Wednesday, January 08, 2020