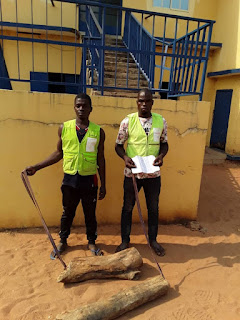 The duo were  operating illegal  check point under the auspice of Benue Sacks, while extorting unsuspecting commuters.

They have since been handed over to the police for further investigation.
By Linda Ochagla at Sunday, January 26, 2020