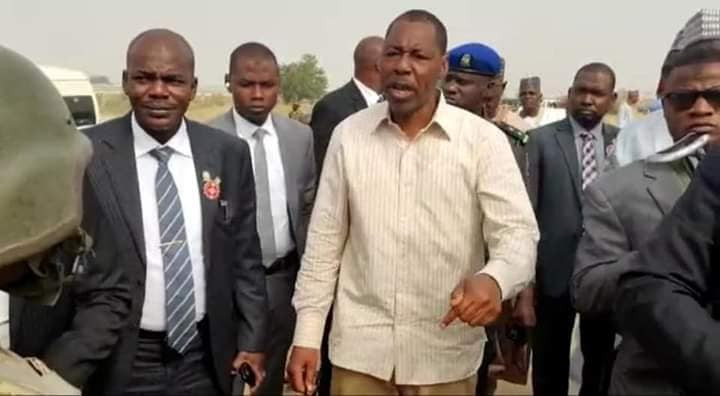 Governor Babagana Zulum of Borno state today accused soldiers stationed in the state of subjecting travellers to serious hardship in their bid to collect N1000 bribes. The governor said this when he drove into a traffic gridlock long the Damaturu-Maiduguri highway.

The governor who was furious at the soldiers, accused them of collecting bribe from commuters who do not have national identity cards. The soldiers had apparently set up a checkpoint along the road to examine the identity cards of those leaving and coming out of the state.

According to the governor, the soldiers seize the opportunity to extort money from those who do not have ID cards.

Speaking to the soldiers he met there, the governor said

“This is unacceptable. How can you subject people to this kind of torture all in the name of National ID card? And you are all here collecting N500 and N1000 from poor travellers who don’t have national ID card.”

When a soldier tried to offer some explanation, the governor said

The governor afterwards ordered the security personnel to remove their checkpoints to allow all travellers to move.

Watch a video of the governor challenging the soldiers below


Borno state governor, #BabaganaZulum, accuses soldiers in the state of collecting N1000 bribe from residents plying the Damaturu-Maiduguri highway
A post shared by Lindaikejiblog (@lindaikejiblogofficial) on Jan 6, 2020 at 10:57am PST