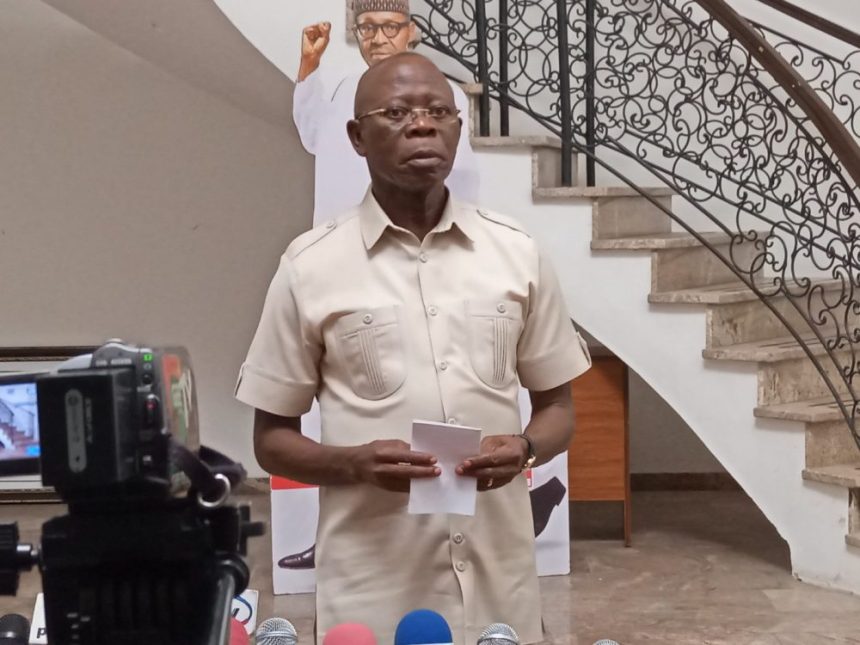 Adams Oshiomhole, the National Chairman of the All Progressives Congress, APC, on Wednesday said that the Peoples Democratic Party, PDP started the third term agenda rumour of President Muhammadu Buhari.
Oshiomole said this while speaking to State House correspondents after he led some members of the party’s National Working Committee (NWC) to a meeting with President Buhari.
The APC Chairman said it became important for the president to give clarification on the speculate third term agenda, especially since Nigerians had to deal with such experience with the PDP under a former President Olusegun Obasanjo.
He also stated his surprise that some people would doubt reassurance, Buhari gave in his New Year message to the country.
By Linda Ochagla at Friday, January 03, 2020