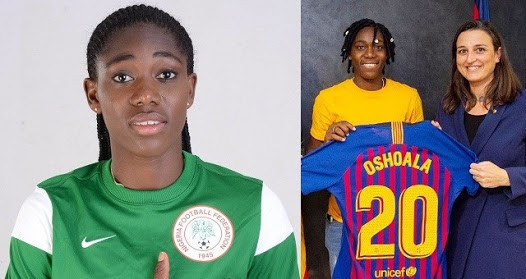 Super Falcons of Nigeria and FC Barcelona player Asisat Oshoala has been crowned Africa's best female footballer for the year 2019 at the CAF Player of the year Awards in Egypt, Tuesday night. 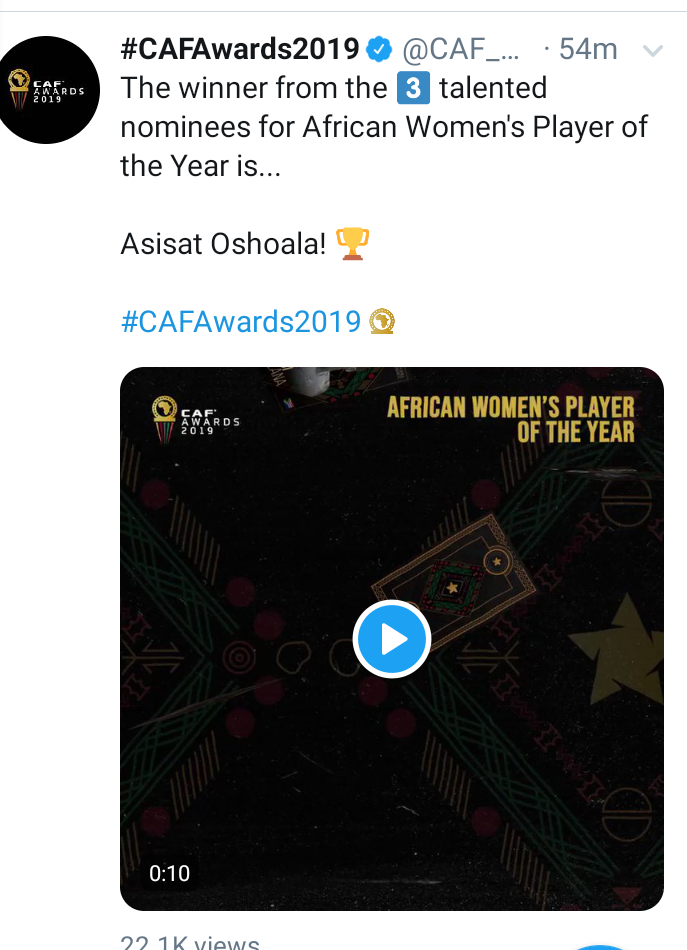 She beat Ajara Nchout of Cameroon and Thembi Kgatlana of South Africa to win the award.
In 2019, Oshoala made headlines for Barcelona Femení and became the first African to score in the UEFA Women’s Champions League final.

She also scored a goal at the 2019 FIFA Women’s World Cup to help Nigeria reach the knockout stages of the tournament .
By Linda Ochagla at Wednesday, January 08, 2020