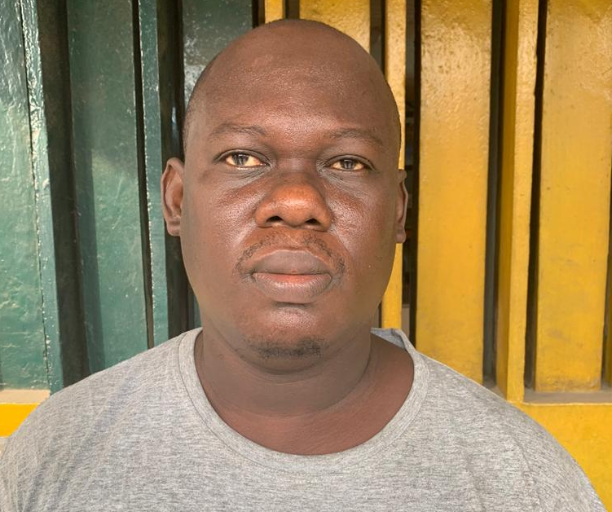 35 year old car wash operator, Sheriff Balogun, pictured above, has been arrested by men of the Lagos state police command for pushing his neighbor, Peter Elebo, to his death during an arguemnt on Saturday January 11th.

According to the police, Balogun and Elebo lived in the same compound on Number 32 Ola street in the Itire area of Lagos state. Both men got into an argument about when to close their compound gate. Balogun allegedly pushed down Elebo who started vomitting and died on the spot. He was rushed to the hospital where he was confirmed dead.

The daughter of the deaceased, Faith Elebo, reported the case to the Itire police station.  Homicide detectives led by the Divisional Police Officer Itire, SP Barkfur Kromkyes visited the scene and evacuated the corpse of the deceased to the mortuary for autopsy.

Balogun was arrested and transferred to State Criminal Investigation Department, Yaba for discreet investigation and prosecution.
By Linda Ochagla at Monday, January 13, 2020