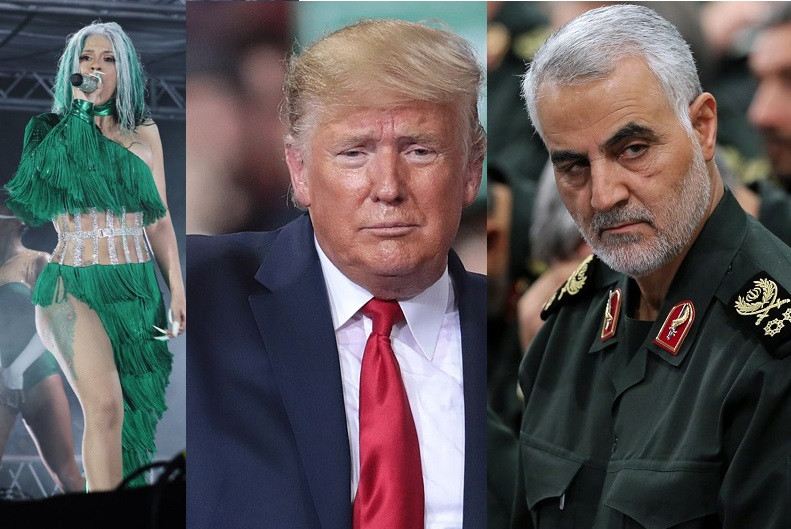 American rapper, Cardi B has reacted to the death of Qasem Soleimani, the commander of Iran's Islamic Revolutionary Guards Corps (IRGC) Quds Force Unit who was killed in a United States airstrike ordered by President Donald Trump.

The Iranian general and his deputy Abu Mahdi al-Muhandis, were among those killed in the attack at Baghdad International Airport on Friday, January 3, 2020.

Shortly after the news, Iranian President, Hasan Rouhani announced that they will be avenging the death of its Revolutionary Guards commander Qasem Soleiman and others killed in the attack ordered by President Donald Trump.

While it's being speculated online that Iran will retaliate by attacking New York City first, American rapper, Cardi B has taken to Twitter to react in fear and condemned the attack ordered by President Donald Trump.

The 27-year-old mother of one who was recently in Lagos, Nigeria, also announced in her tweet that she is filling for her Nigerian citizenship.

She wrote: 'Naaaaa these memes are fuckin but shit ain’t no joke ! Specially being from New York .Its sad this man is putting Americans live in danger.Dumbest move Trump did till date ...I’m filing for my Nigerian citizenship.'