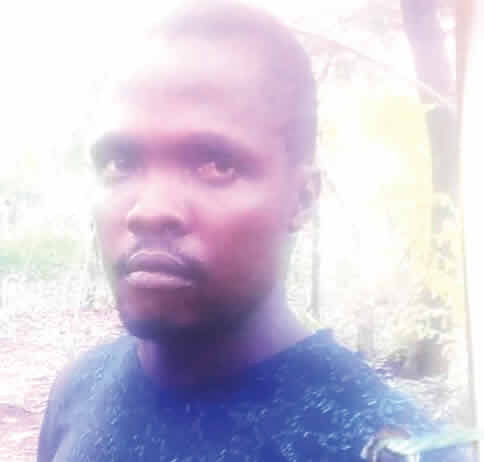 A cobbler identified as Olamide Babayemi has been arrested by the Ogun State Police Command for raping a corps member and attempting to murder her.

The 25-year-old cobbler who raped the 22-year-old Mircobiology graduate at Greenland Estate in Mowe area of the state, reportedly recorded nude videos of her which he circulated among his friends.

While the arrested suspect said he was jilted by the corps member he claimed was his girlfriend, the rape victim said she gave Babayemi N18,000 to buy her a phone which he never did.

“The suspect suddenly called her on the 2nd of January to come to Greenland Estate in Mowe and collect the phone. On getting there, the suspect forcefully removed all her clothes and raped her.
“The victim stated further that after forcefully had her carnal knowledge, the suspect soaked her clothes in water and used his phone to record her naked video which he started sending to some of his friends.
“When he realized that the victim might report him to the police, he made an attempt to sniff life out of her but she was lucky when the suspect’s mother called him on phone to come and meet her at the gate of the Estate which gave her the opportunity to escape.
“The DPO Redeem camp CSP Chris Amanyi mobilised his detectives to go after the suspect who took to his heels immediately but he was apprehended on 4th of January 2020 when his mother brought him to the station.
“On interrogation, the suspect who claimed to be the victim’s boy friend confessed committing the crime but blamed the girl for calling it quit with him after she graduated from the university.
“When asked for his reasons behind recording the nude video of the girl, he said he did so as to prevent her from reporting him to the police.”

Oyeyemi also revealed that the Commissioner of police, Kenneth Ebrimson directed that the suspect be transferred immediately to the state criminal investigation and intelligence department for further investigation and prosecution.
By Linda Ochagla at Monday, January 13, 2020