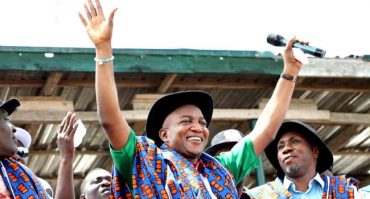 The Court of Appeal sitting in Port Harcourt declared that the All Progressives Congress (APC) had a candidate in the November 16, 2019 governorship election in Bayelsa State.

This negates the judgement of the Federal High Court, which declared that the APC had no candidate in the poll in November 2019, in response to a suit filed by an APC governorship aspirant, Senator Heineken Lokpobiri, challenging the outcome of the party’s governorship primaries in the state.
In reaction to the Federal High Court ruling, the Bayelsa State Governor-elect, Chief David Lyon, the APC, and Lokpobiri filed three appeals before the Court of Appeal, against the judgement of the Federal High Court.
Delivering judgement on Lyon’s appeal yesterday at the Presiding Justice, Hon. Justice Isaiah Olufemi Akeju, ruled that the suit before the Federal High Court, which was filed on October 18, 2019, was status barred, considering the fact that election matters are time bound and couldn’t stand, hence upholding the candidature of the party during the last election.
By Linda Ochagla at Tuesday, January 14, 2020