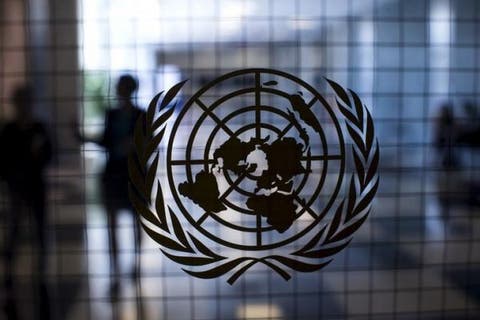 Following the resurgence of abductions and killings across the country by terrorists and the seeming inability of the government to stem the tides, the Plateau state chapter of the Christian Association of Nigeria on Tuesday called on the United Nations to urgently intervene in the situation and not to allow the insurgents consume all Nigerians.

Chairman of the Youth Wing of CAN in the state, Mr Marcus Kanda made the appeal while addressing journalists in Jos on Tuesday shortly after he led a delegation on a condolence visit to the family house of the late Mr Daciya Dalep, a 200- Level student of the University of Maiduguri who was executed by Boko Haram insurgents last week.

Kanda said, "As a nation, for how long will we continue to lose Nigerians from all walks of life, who are adding value to the nation, to the hands of those who believe that the only value Nigerians deserve is destruction, mayhem, and trauma?

"For how long will we sacrifice the future of our nation to a group, whose belief is that no one deserves a peaceful life because they have not subscribed to their lifestyle of mayhem and carnage?

"For how long will we allow a group that believes no one has any right to hold onto other religious believes if not theirs? For how long will we keep spending hundreds of billions of taxpayers money, not only in fighting this group but also in providing relief to victims of their mayhem and rehabilitation of lives and communities they have destroyed?

"We wish to let those who think that this does not affect them or believe that “ this is a Plateau problem” that leaving this monster untamed will consume all of us in no distant time if care is not taken.

"We call on the United Nations and other members of the International Community to, as a matter of urgency, come to the aid of the Nigerian people especially the primary targets of these terror attacks, who are Christians