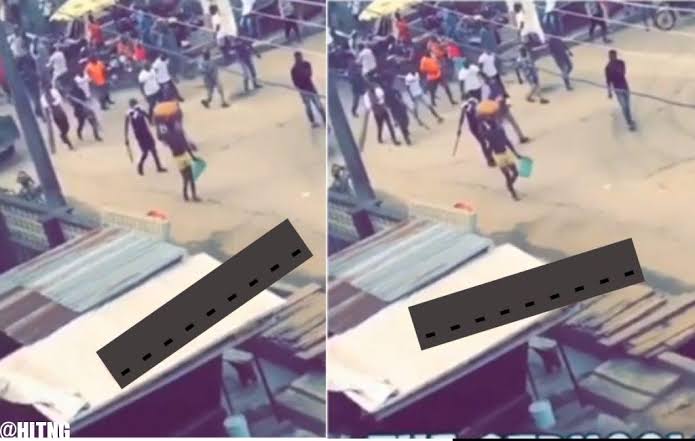 A video circulating online captures the moment residents of Agege, Lagos state prevented a boy from dropping his sacrifice on their streets in broad daylight.

In the video, a mob of people were spotted following the suspected ritualist about in a bid to stop him from putting the huge calabash of sacrifice on the floor.
The man could be also seen wearing nothing but a yellow shorts and holding a green bucket and the video reveals he had been carrying the sacrifice for hours.


Boy in a fix as residents prevent him from dropping his sacrifice on their streets in #Agege, #LagosState
A post shared by Instablog9ja (@instablog9ja) on Jan 16, 2020 at 2:40am PST