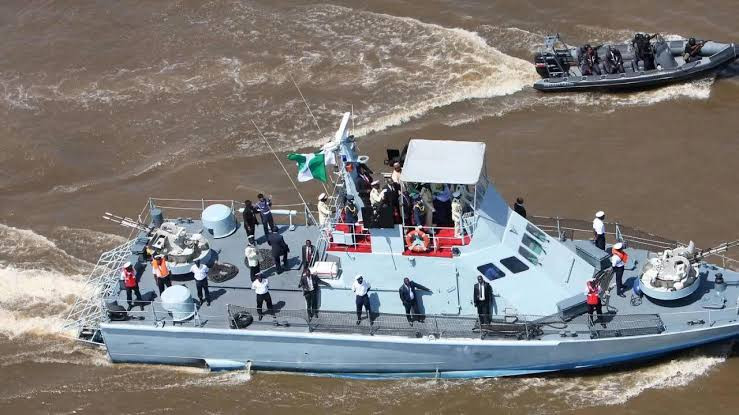 A gunfight between sea pirates and some Nigerian Navy personnel on Thursday January 2, allegedly left 4 of the security operatives who were part of a six-man Naval rescue squad dead.

A top Naval source who spoke to Premium Times, said four Naval ratings were allegedly killed in the attack which occurred within the jurisdiction of NNS Delta, an operations base in Warri which is one of the seven units under the jurisdiction of the Central Naval Command.

The Nigerian Navy personnel were reportedly sent in to counter an attack launched by the sea pirates on one of Nigeria’s dredgers, MV AMBIKA, a Sterling Oil dredger close to Ramos River entrance.

"The suspected sea robbers had boarded the vessel and abducted three crew members (two Russians and one Indian), leaving behind five other crew members before the team arrived"

Some of the Nigerian Navy personnel who allegedly died in the gunfight that ensued after they arrived the scene of the attack were said to be on the ranks of Petty Officer, Able Seaman, Seaman and an Ordinary Seaman.

Though two other Nigerian Navy personnel escaped unhurt, a vessel was allegedly stolen by the sea pirates.

Corpses of the late security operatives have reportedly been moved to the navy hospital in Warri, while efforts to rescue the three foreigners has been intensified.
By Linda Ochagla at Monday, January 06, 2020