HABITUAL DESECRATION OF TIV TRADITIONAL COUNCIL, A WAKE UP CALL ON THE INSTITUTION TO PUNISH OFFENDERS.

The institution of Traditional Leadership in Africa, Pre Existed both the Colonia and Apartheid Systems and was the only known system of governance among indigenous people.

Contrary to the current political trend of discrediting political leadership, some Benue Politicians have their own understanding of democracy which is sharply different from the liberal democracy of the west.

The raging webs of attacks or the hostile responses against persons or traditional institutions considered Sacred is one that must be frowned at and discouraged by all TIV Sons and Daughters both at home and in the diaspora.

Worthy of Note, is the recent attack on the highest traditional institution in the person of the Chairman Tiv Traditional Council, Tor TIV the 5th HRM Prof James Ayatse by a man who should ordinarily for the sake  of sanity keep Sacred the name of our highest Paramount Ruler in Benue State.

Recall that some  weeks ago, at a Thanksgiving Mass organised by a member of the APC At Zaki Biam, Ukum LGA of  Benue State, Sen George Akume the minister for Intergovernmental Affairs who is also a former Benue State Governor publicly referred to Tor TIV as a Political- Traditional Leader, ( Tor Party, in Tiv). Sen Akume went further to speak in fowl language considered to be derogatory, aimed at casting aspersions on Tor TIV and the Entire Tiv Traditional Council.

Let me State that " the death havoc that struck the people of old age in a land, does not give children the latitude to begin to gnash their teeth in place of elders"

Their is no amount of excuse that can justify the outrage on our highest traditional institution by Sen George Akume and as a people we must condemn this act.

As a deterrent, i here by call on the Tiv Traditional Council to not only warn the Former Governor but also administer punishment to him, considering that this is not coming from him for the first time. This will serve as warning to other Tiv Sons and Daughters not to desecrate the Sacred Tiv Traditional Council.

To other Tiv Sons and Daughters, we must strive to observe the biblical injunction which demands of us to respect elders.

No matter the provocation, our Tiv Traditional Institution must be kept sacred, we must learn to imbibe the attitude of settling in-house our differences as against the the public shame and web of attacks and hostile responses targeted at undermining our traditional institutions. 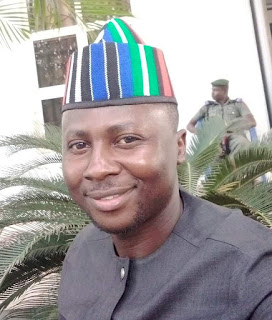