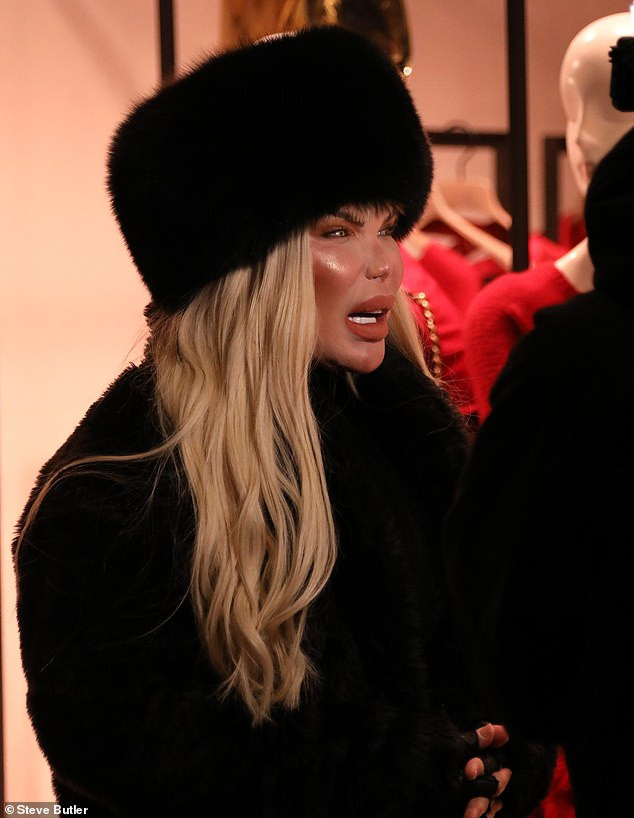 Brazilian surgery addict, Human Ken Doll Rodrigo Alves has come out as a transgender woman and is expected to have her penis and testicles removed.

The 36-year-old who has spent over £500,000 to change his looks, announced his transition in an interview with The Mirror and admitted that it feels 'amazing' to reveal the news.

'I'm known as Ken but inside I've always felt like Barbie,' he told the publication.

Rodrigo, who now goes by the name Roddy with the pronouns 'she' and 'her', has had hormone injections to achieve feminine hips and now wears a D-cup bra.

The star will complete her transition with gender realignment surgery next year and she is also expected to get silicone breast implants, 'face feminisation surgery', Adam's apple removal and will also have her jawline shaved and her chin modified, as well as having her penis and testicles removed.

'I love it and everything that comes with it – going to nice hair salons and getting my nails, eyebrows and eyelashes done. Buying dresses and high heels and wearing sexy lingerie,' Roddy, who now lives in London, said.

“I finally feel like the real me. Glamorous, beautiful and feminine. For years I tried to live my life as a man. I had a fake six pack put in, I had fake muscles in my arms but I was lying to myself.

“I’m a woman and have always had a feminine brain. Now my body matches my mind.”

She said: “I will have a penile inversion and my testicles will be removed. That will be the final step. Before that I’m having silicone breast implants. I’ll be able to wear dresses that show my cleavage and look sexy. I’m very excited.

“After that, I’m having face feminisation surgery. It will be an incision at the top of my scalp, and through that the doctor will reshape my forehead, give me an eye lift, lip lift and middle face lift.

"I’m having my Adam’s apple removed, my jawline shaved and my chin modified.”

The Human Ken Doll also admitted it took a lot of courage finally to admit she was trangender.

“Behind closed doors, I’ve been living as a woman for the last three months,” she said. “I love it and everything that comes with it – going to nice hair salons and getting my nails, eyebrows and eyelashes done. Buying dresses and high heels and wearing sexy lingerie.

“But I have been trolled and called a freak and a weirdo, so of course I am nervous about how people will react.

“A few years ago I could never have done this but it feels easier now. People are more aware of what ­being transgender means. I just hope people can accept me as a woman and don’t judge or ridicule me.”
By Linda Ochagla at Sunday, January 05, 2020