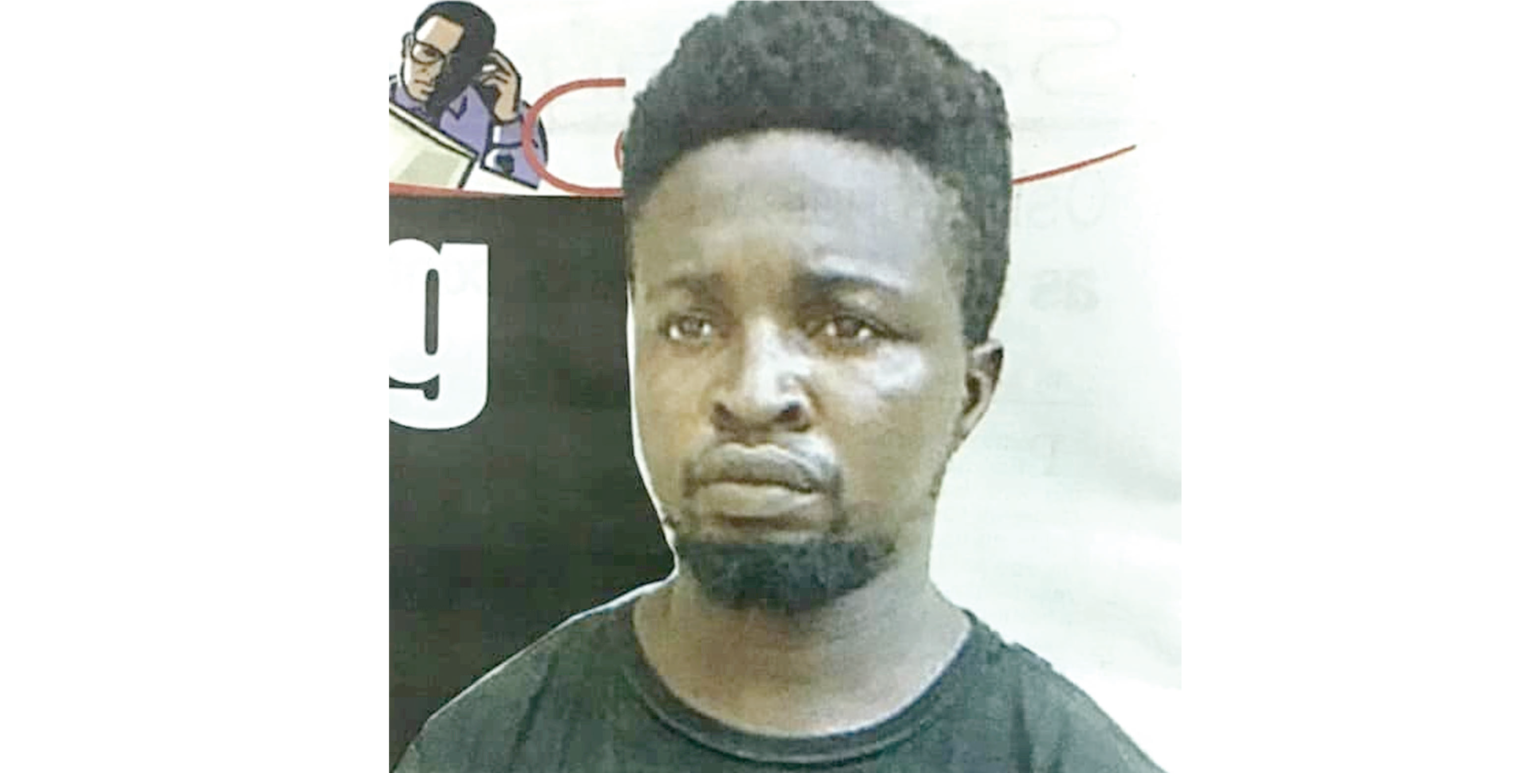 A 25-year-old pickpocket arrested by the Lagos State Special Anti-Robbery Squad (SARS) has revealed that he sacrifices a cock every three days for the rings he uses in picking people’s pockets to be potent.

According to Francis Monday, the ring he got from an Islamic cleric helps him steal properties of his victims without them knowing. He also told newsmen that he can detect if someone is with money because the ring has been fortified to remove money from people’s pocket.

“An Alfa (an Islamic cleric) gave the rings to me.  When we met at Alaba Rago market in early November, where I went to smoke Indian hemp, the Islamic cleric also came to smoke Indian hemp. While we were discussing, he told me that I looked like a street boy. He said rather than subjecting myself to so much suffering, that he could help me get rich, by giving me something that would better my life without stress.
“Initially I thought it was money ritual, surprisingly he brought out two rings and asked me to meet him at a secluded place. When we eventually met, he brought two cocks, alligator pepper and other ingredients. He then killed the cocks and poured the blood on the rings and mixed part of the blood with other ingredients. He said some incantations and poured the mixed concoction on the rings.  As he was doing that, he kept mentioning my name on the rings.
“At the end of the sacrifice, he gave me the two rings and charged me N50,000 for his services. But I told him I did not have such amount of money with me and I promised to pay him more than that when the rings would start fetching money for me. He agreed and left.”

"When he was leaving, he advised me to always renew the potency of the charmed rings with the blood of a cock every three days. He also warned me never to eat ‘draw soup’ and that I should never sleep with a lady who is observing her menstrual flow. Since I started using the rings, I have been performing sacrifice with a cock every three days.
“Whenever I am going on operation, I usually wear the rings. I operated at bus stops; my main bust stop was Iyana-Iba. Whenever I saw someone with money, smoke would be coming out from where the money is kept in any part of the person’s body. All I need is a body contact with the owner. Immediately I touch the person, the money will disappear from him or her and appear in my bag that I usually go out with. I also use it to collect gold jewellery from victims.
“On one occasion, I also collected $8,000 from a woman without her knowledge. I have collected over N3 million from innocent members of the public since I started. Out of the amount I collected, I used closed to N1 million for my father’s burial in January this year in Benue State.”

He also disclosed that he decided not to rent an apartment so he can't be traced by the police. According to the arrested pickpocket, he has been squatting with a friend at Okokomaiko area of Lagos state.

“I did not want to rent an apartment because I didn’t want to give anyone room to suspect what I was into or how I got my money.”

The suspect who was arrested on December 19, 2019, said he was nabbed because his victim had fortified himself against such.

“On the fateful day, when I saw smoke coming out from a man’s pocket I thought it was another catch. The smoke was so much, indicating that he was with a huge amount of money.
“But by the time I attempted to have body contact with him, he suspected I was up to something.  He challenged me and told me I was a child in the game. He raised the alarm, which attracted passers-by who descended on me and beat me to coma. It is only somebody with such an antidote charm that could resist my body contact.
“Unfortunately, the rings stopped working, because I have stopped carrying out the usual sacrifice.”

Lagos State Police Spokesperson, Elkana Bala who confirmed the arrest of the suspect said he would be charged to court after completion of investigation.
By Linda Ochagla at Friday, January 03, 2020