Former President Goodluck Ebele Jonathan was received at the statehouse Abuja on Thursday, where he had a closed-door meeting with his successor, President Muhammadu Buhari.
According to the statehouse correspondent,  Jonathan was ushered into the president’s office around 1:45 pm.
At the end of their meeting, which lasted about 10 minutes, Buhari saw him off to his office’s forecourt where the former president’s car was waiting.
The nature of their discussion was not made known to the public at the time of this report.
More photo below: 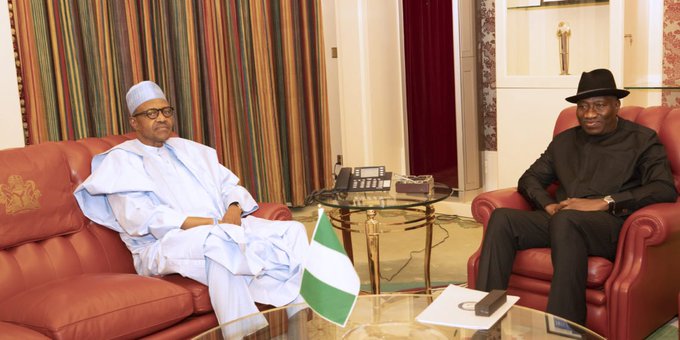