Meet The Nigerian Lawmaker Who Has 27 Children, And Counting 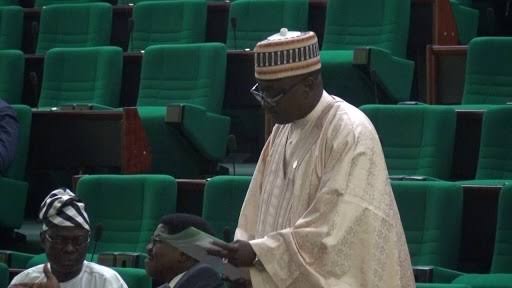 Ado Daguwa, majority leader of the house of representatives, has revealed that he has 27 children with hopes of having more.
Daguwa, who represents Doguwa/Tudun Wada federal constituency of Kano state, during the house plenary session on Wednesday, showed off his four wives whom he said had come to support him as he was sworn in as the majority leader.
He said, “Mr. Speaker, I would like to let you know that with me today here, are my four respected wives,” he said, before requesting all four to stand up to the cheering of his colleagues.
“Mr Speaker, these four wives you have seen have produced 27 kids for me, and I am still counting. I am still counting.”
In his response, Femi Gbajabiamila, the speaker, jokingly asked him to “continue”, saying “the more, the merrier”.
Gbajabiamila said: “I must bring to the knowledge of this house a little anecdote, what you told me, some time ago. You told me, don’t beg me, you told me it was getting late around 7 o’clock, and there were many children playing in front of your house in Kano.
“You got worried and you went out, you told the children, “common, what are you still doing outside by this time of the day. You people should go to your homes.