Nigerian Embassy In China Still Has Jonathan As President On Its Website, Nearly 5 Years After Buhari Assumed Office (Photos)

The Nigerian embassy in China is yet to update vital information such as the current president of Nigeria on its website, despite a change in administration since the last five years.
A quick look at the website shows that the embassy still displays former President Goodluck Jonathan as the current President of the country, with Aminu Wali as current the minister of foreign affairs on its home page.
The current minister for foreign affairs is Geoffrey Onyeama who has been sworn in over four years now.
More images below: 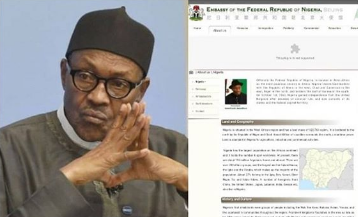