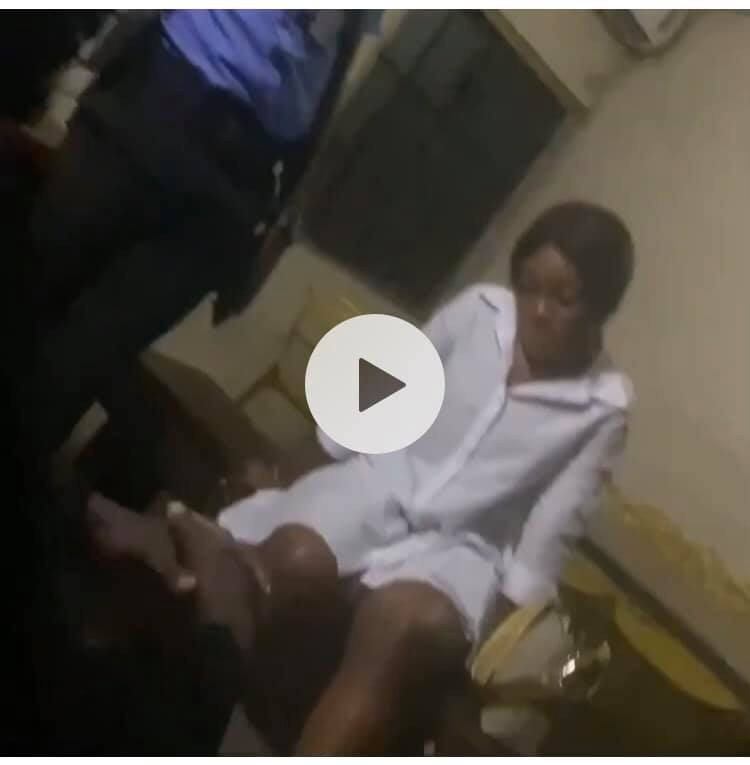 A Nigerian lady has been arrested by the police after defrauding an abroad returnee of N950k.

Sharing a video of the lady at the police station, Ex-beauty Queen Cassandra said her cousin who is a doctor, mistakenly transferred N950k to the lady who begged him for N95k.

It was gathered that after the lady received the money, she blocked the 'I Just Got Back' on Instagram, deleted all her photos and refused picking up his calls. She however got busted after Cassandra saw her drinking at the beach with some of her friends.

In an Instagram exchange with some of her followers, the ex-beauty Queen revealed that the lady moved the money to another account before her account got frozen. Upon being interrogated, the lady said she used the money she felt was sent as payment for sex she had with the doctor in paying her house rent. 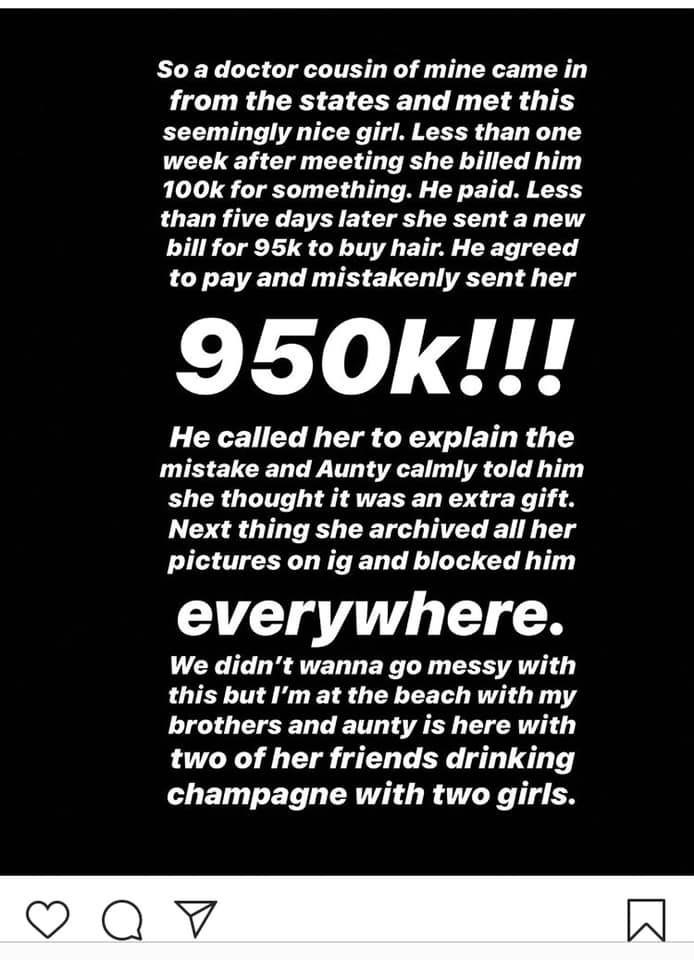 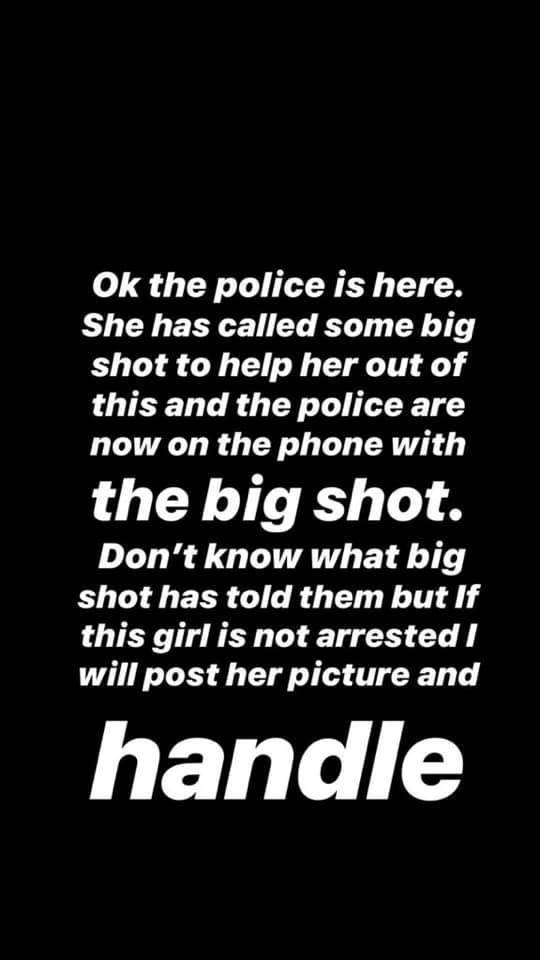 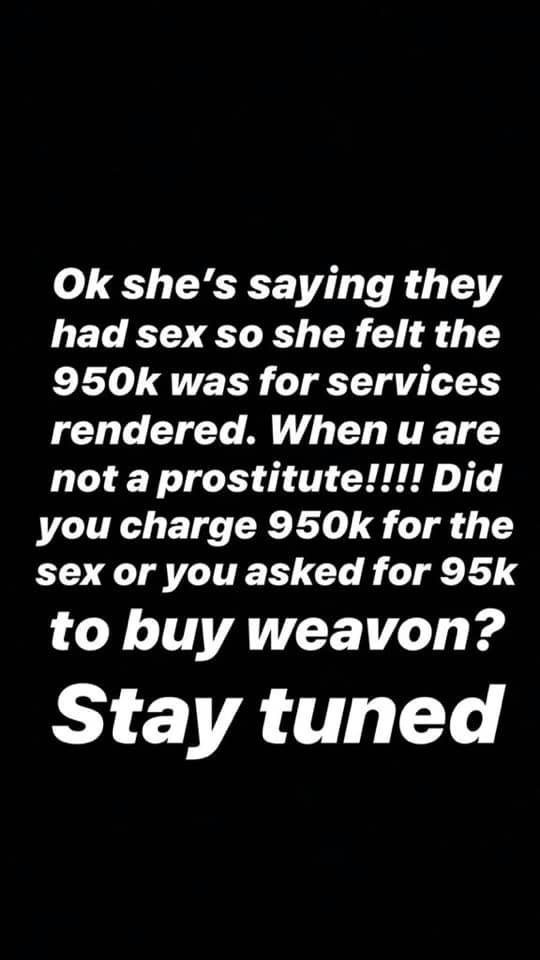 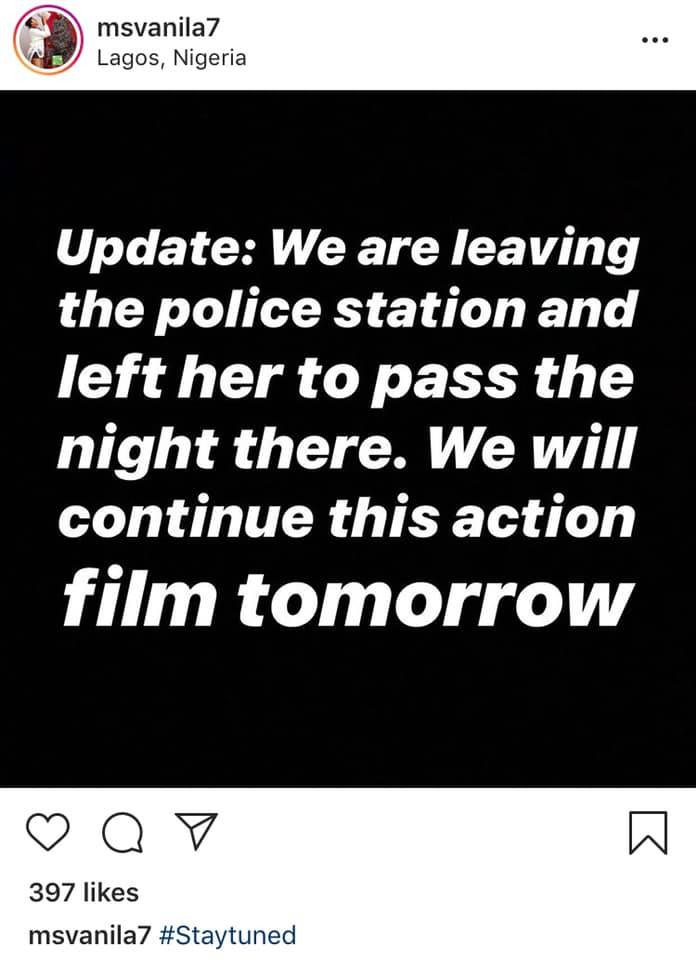 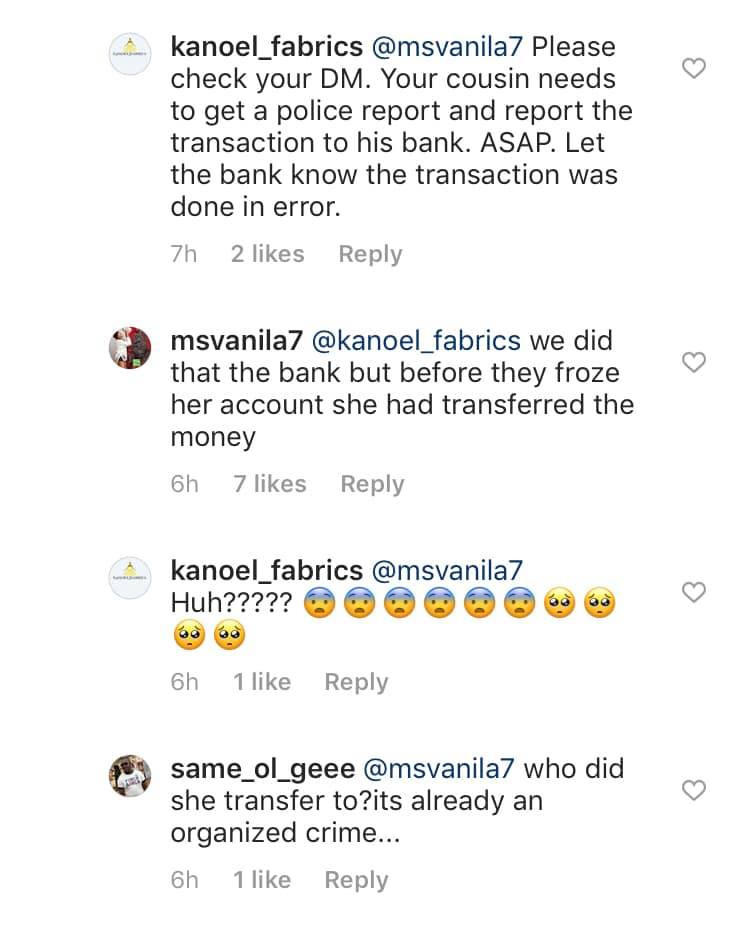 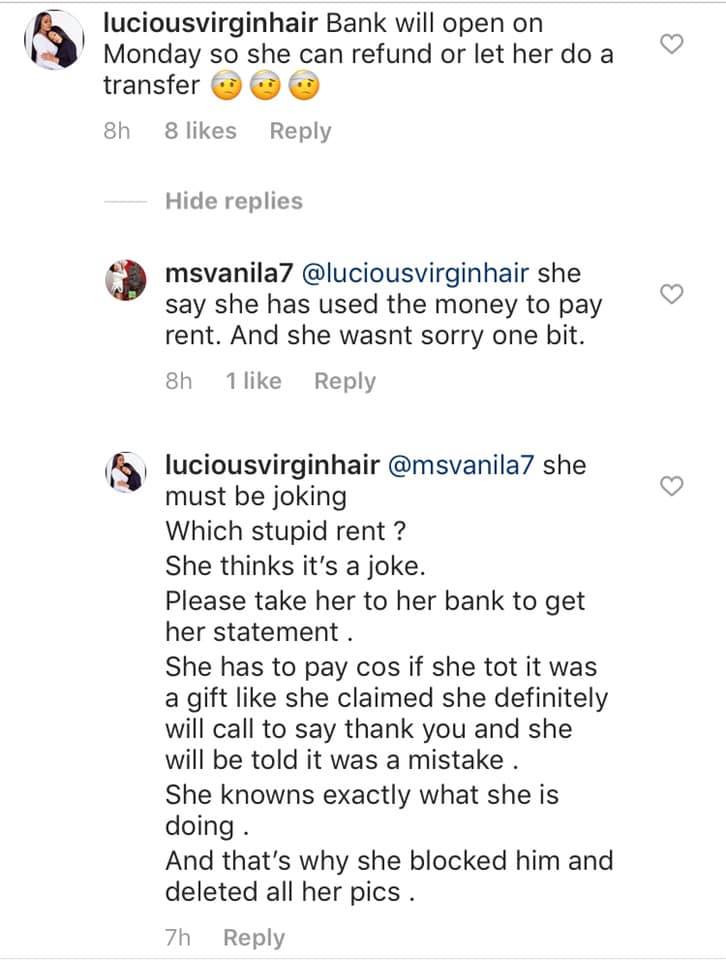 
Nigerian lady arrested after she refused to return N950k which was transfered to her account by mistake........allegedly uses the money to pay her rent
A post shared by Lindaikejiblog (@lindaikejiblogofficial) on Jan 3, 2020 at 12:22am PST