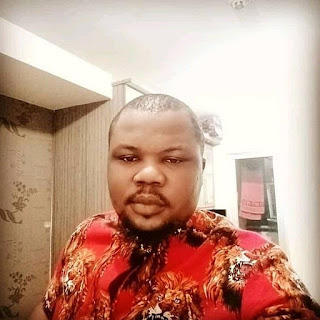 A Nigerian man has died after falling from the 12th floor of his apartment while attempting to evade immigration officers.
The man, identified as Ogodor, from Uli, Anambra state, fell from the Gading Nias Apartment in Jakarta, Indonesia, on Thursday, January 23, 2020.
There are, however, conflicting reports about how he died.
Some Nigerians in Indonesia claim that while trying to run from the officers, Ogodor attempted to cross over to his neighbour’s house through a narrow ledge but he slipped and fell.
However, Ogodor’s Nigerian neighbours are demanding answers as they claim they heard nothing about an immigration raid in the area.
Watch Video Here:


Nigerian man dies after falling from the 12th floor in Indonesia . . A Nigerian man has died after he fell down from the 12th floor of Gading Nias Apartment in Jakarta, Indonesia, on Thursday, January 23, 2020. . . According to his roommates, Ogodor, from #Uli, #AnambraState, was trying to run from immigration, so he tried to pass through the corridor to enter his neighbour's room but his hand slipped and he fell. . . However, other Nigerians in the apartment are doubting the story because they didn’t hear any news about immigration raid in the area. The true cause of the death is still being investigated.
A post shared by Instablog9ja (@instablog9ja) on Jan 24, 2020 at 12:59am PST