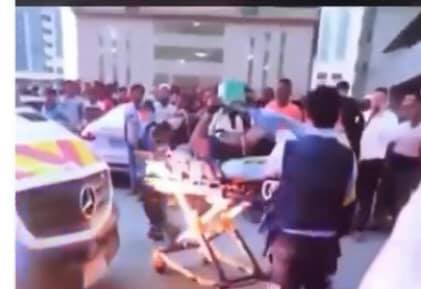 A Nigerian man identified simply as Ikenna, was reportedly rushed to the hospital after jumping down from the 6th floor of his apartment at Al Nahda 2 towers in Dubai, United Arab Emirates.

The Nigerian man jumped down from the building after his girlfriend called the police following a heated argument they had.

Ikenna was rushed to the hospital by paramedics who placed him on oxygen upon arriving the scene of the incident. His current state is unclear at the time of filing this report.
By Linda Ochagla at Tuesday, January 07, 2020