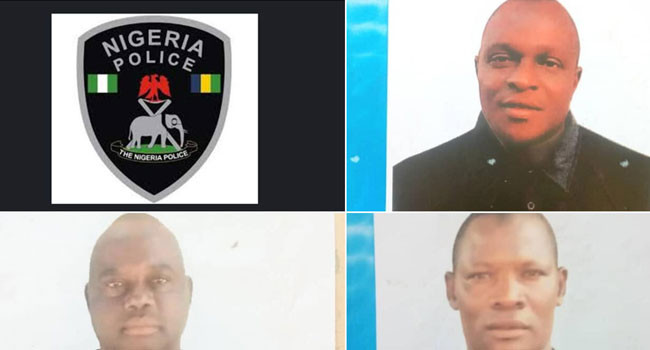 The Borno Command of the Nigerian Police Force is currently mourning the loss of three of its officers during an encounter with the Boko Haram terrorists in the state on January 6.

Three of the command's personnel died in the attack launched by Boko Haram insurgents who stormed Kundori village in Konduga LG along Maiduguri/Damaturu highway with five gun trucks.

SARS commander in Borno State, Ibrahim Mohammed who made the announcement described the late policemen as great fighters who have made the Nigerian police proud in previous encounters.

“Yesterday 6th Jan 2020 at about 10:30 AM, SARS team on forwarding operation base at Kundori village, Konduga LG along Maiduguri/Damaturu highway came under heavy attack by Boko haram insurgents armed with five gun trucks.
“After a fierce battle, we lost the above great fighters who have made the squad and the Nigeria police command proud in previous encounters. We pray that Almighty God in His infinite mercy grants them eternal peace in paradise.”

This is coming after LIB reported that the Theatre Commander of Operation Lafiya Dole, Major General Olusegun Adeniyi suffered a similar attack while plying same route.
By Linda Ochagla at Thursday, January 09, 2020