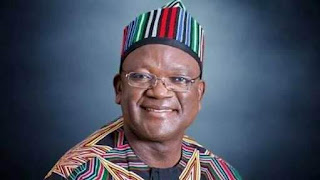 The Benue State Governor, Samuel Ortom has approved the recruitment of 5,000 primary school teachers to fill the existing vacancies.
According to his Chief Press Secretary to the Governor, Mr Terver Akase, the recruitment of primary school teachers would commence this year.
The Governor’s spokesman said his principal has already set up a committee headed by the Commissioner for Education, Professor Dennis Ityavyar to provide modalities for employment of the 5,000 teachers who must be holders of Nigerian Certificate in Education, NCE and Bachelor of Education Degrees.
“This is one decision among many others taken by this administration in fulfilment of Governor Samuel Ortom’s promise to strengthen education. The Governor believes that the Benue child deserves the very best level of education, and to achieve the target, he has decided that the starting point is to raise the quality of manpower we have in the state”, the CPS stated.
Mr Akase hinted that Governor Ortom has also taken steps to reposition the State Universal Basic Education Board, SUBEB to curb sharp practices in payment of teachers’ wages and redundancy.
He said the recent tour of some schools by the Governor was to ascertain the level of work needed to be carried out in such schools to make them befitting for academic activities.
He reaffirmed the resolve of the Ortom administration to prosecute those found to be diverting the new furniture procured for primary schools across the state for personal use.
On the recent upgrade of Akawe Torkula College of Advanced and Professional Studies, Makurdi and Akperan Orshi College of Agriculture Yandev to polytechnics, Mr Akase said the conversion will enable the two institutions meet accreditation requirements set by National Board for Technical Education, NBTE.
The Chief Press Secretary thanked Benue people for the support given to the Governor and gave assurance that better days are ahead
By Linda Ochagla at Friday, January 31, 2020