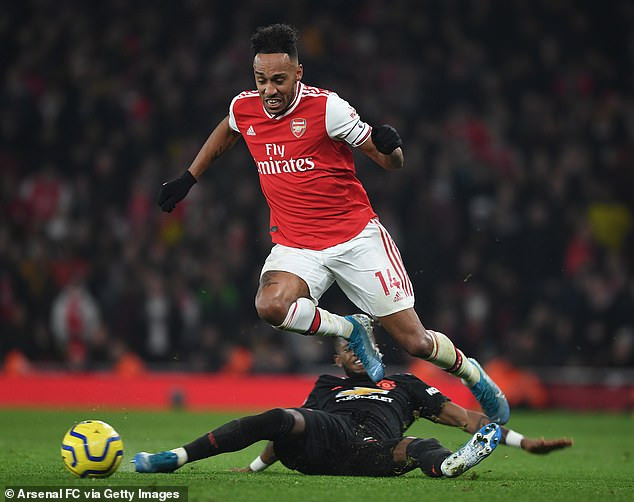 Before the game, Aubameyang was filmed by a United supporter who taunted him, saying:

You're getting no goals tomorrow innit,' the United fan @98DALLA told Aubameyang in a video posted to Twitter.
'No goals, no goals! Absolutely no chance. Phil Jones' pocket, how about that!'

After the match, an Arsenal fan left a comment on Aubameyang's Instagram post saying: "Your work rate again today was insane. Where’s that Man United fan who was filming you last night? What a great start to the year."