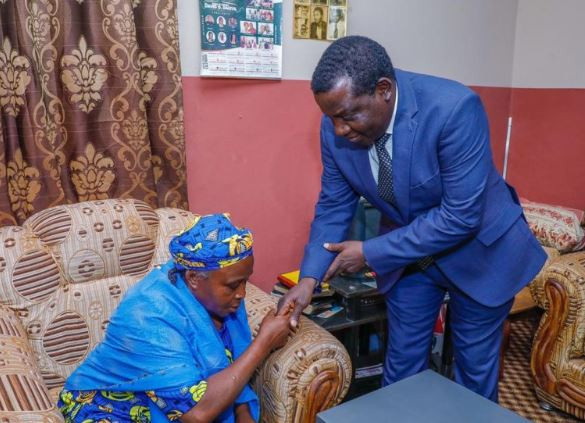 Dalyep, a native of Jing, was abducted on January 9th by the Boko Haram terrorists while on his way to Maiduguri to resume school and was reportedly killed on January 22nd.

Speaking when he paid the family of the deceased a condolence visit, the governor said

“We will find a place to put his name in Jos. I pray God will continue to console the family and the culprits be fished out.

Their reward is in hell and his in heaven. Please take it in good faith,”