Pregnant mother and her three children killed in Yobe fire 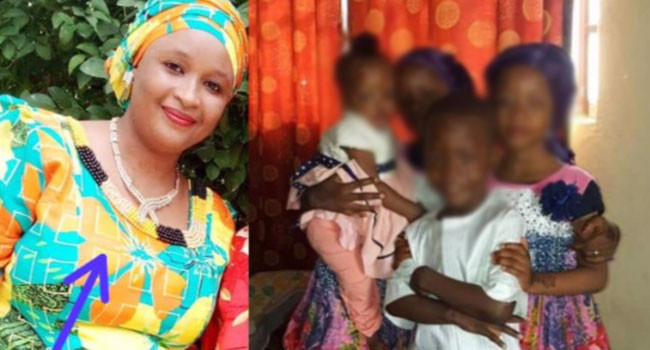 A fire incident which occurred in Damaturu, the Yobe state capital claimed the lives of a pregnant mother and her three children.

Though the cause of the fire which razed down two flats is still not known, it was gathered that the late woman's husband identified simply as Mr Adamu was able to rescue their last child while escaping with burns.

Speaking to newsmen, the Executive Secretary of the State Emergency Management Agency (SEMA), Muhammad Goje disclosed that four lives were lost in the fire incident which razed down two flats completely.

“It was with a heavy heart we received the report and despite the curfew, we went out and reached the six-storey house. A family of six, a pregnant mother and her three children, unfortunately, died during the incident and the father was able to throw one of the children and he was also safe but the father sustained some burns.
“Two households burnt, lost four lives,”

A doctor at Damaturu specialist hospital told Channels Television that Mr Adamu who seems to be in a critical state has been attended to and will receive adequate treatment.

“The patient was brought in with a flame burn at about 12 am this morning and according to the assessment that was made, the burns were about 20 percent of his body and he was attended to as a flame burn emergency.
“According to the report I was given, there were people that lost their lives.”