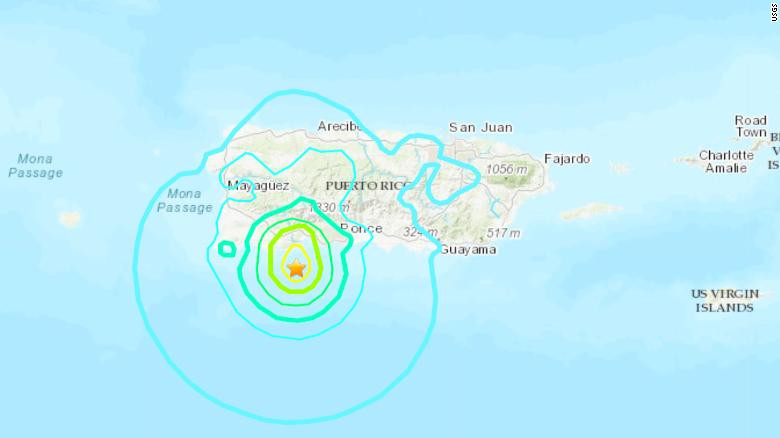 The magnitude 5.8 tremor happened at 5:32 a.m. ET, the US Geological Survey said.

It was centered about 8 miles south-southeast of Indios, Puerto Rico, at a depth of about 3.7 miles below ground. Several smaller temblors followed, including a 4.9-magnitude quake that frightened residents all over again just before 11 a.m., according to the USGS.

No major injuries were reported, Puerto Rico Director of Emergency Management Carlos Acevedo said. But geologists have warn of more tremors to come.

"More earthquakes than usual (called aftershocks) will continue to occur near the mainshock," the USGS said.