There Is Nothing Like Human Rights In Nigeria – Army Officer

A UK-based Nigerian businessman has taken to social media to recount how he was dehumanized by a Nigerian soldier while visiting the country.


According to the man, he came into the country for his brother’s traditional wedding in December, when he was brutalized by the soldiers.
The distraught man revealed that he was with some people when they were stopped and tortured for no reason by four soldiers attached to Battalion 144 of the Nigeria Army at Osisioma area of Abia State.
An Army Captain who was the head of the torture team said he will be deported from the foreign country he is based in when he is done with the act and further stated that in Nigeria there is no human right, unlike other countries.
@DexyUK went on to say that they were freed by the soldiers who accused them of being kidnappers after paying N50k.
He wrote; 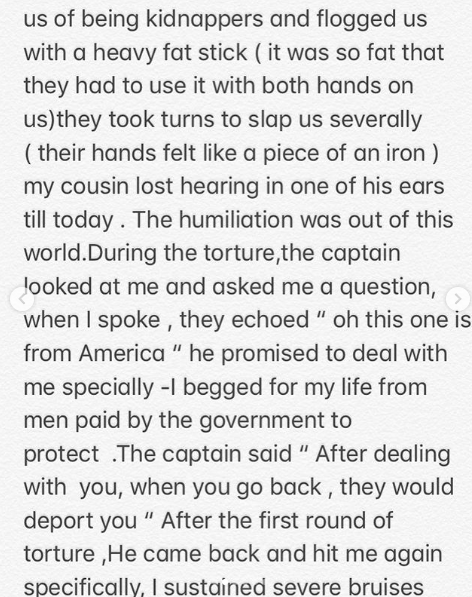 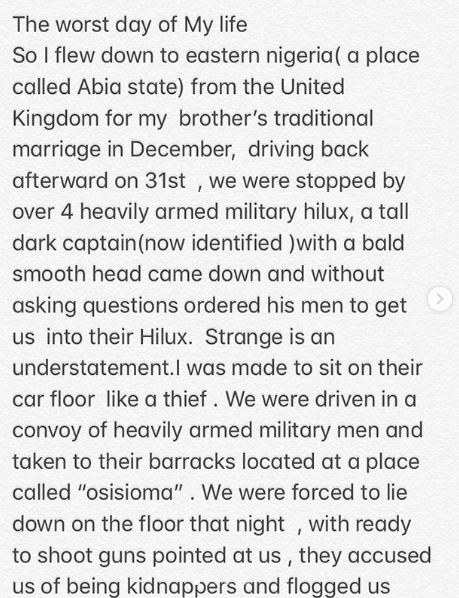 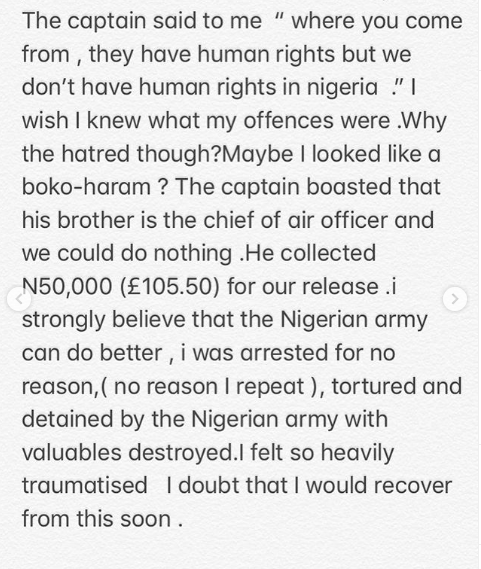 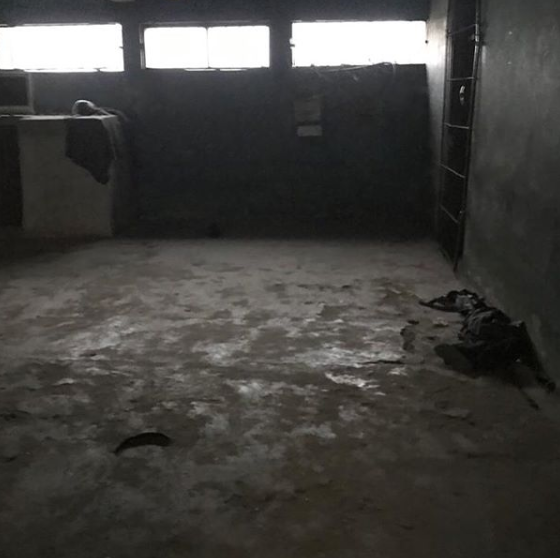 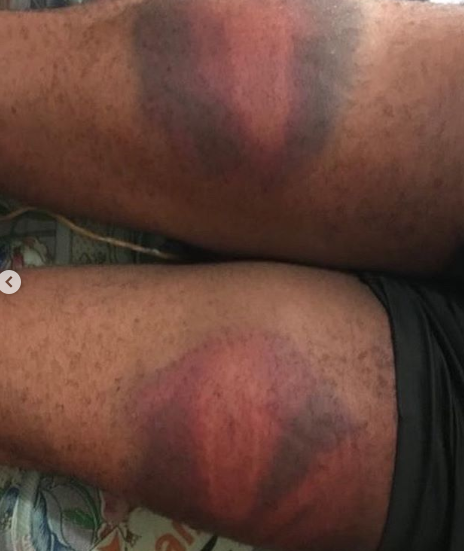