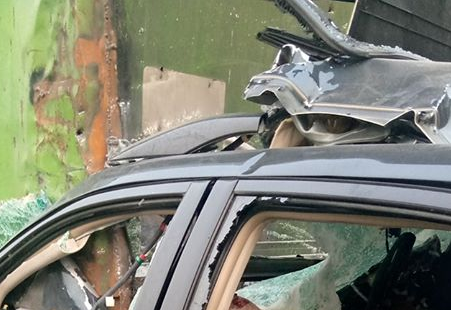 Facebook user, Edeh Chukwuka, who shared graphic photos from the scene of the incident, said it happened at the Shagamu axis. It appears the Lexus SUV rammed into a truck that looked stationed on the expressway. The driver and the passenger in the front seat were badly affected. It is not certain if they died in the accident. 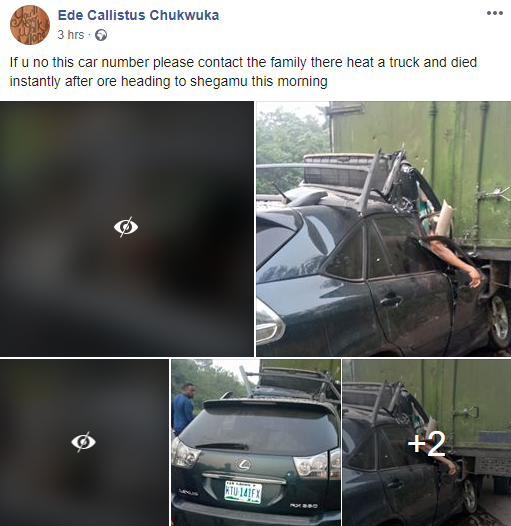