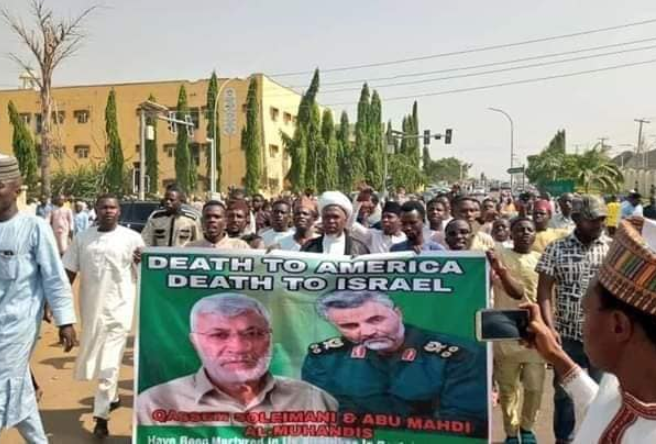 The United Kingdom has issued a warning to its citizens in Nigeria to be more security conscious and vigilant due to the tension between the United States and Iran following the killing of Iranian General, Qasem Soleimani.

Some Muslim groups in Nigeria took to the streets to protest Qasem Soleimani's death. During their protest, they had a banner with the words, "Death to America. Death to Israel." They also burnt a US flag during the protest which held in Abuja.

UK, in its latest travel advice via the Foreign and Commonwealth Office issued on Tuesday, December 7, urged its citizens in Nigeria to avoid large gatherings and also to stay clear of unsafe areas.

The statement reads: "The British High Commission is not aware of specific threats against British nationals but you should continue to avoid large crowds and public demonstrations as they can turn violent unexpectedly and at short notice.

"If you become aware of any nearby unrest or disturbances, you should leave the area immediately."
By Linda Ochagla at Wednesday, January 08, 2020