US: Iran reveals American targets to be attacked 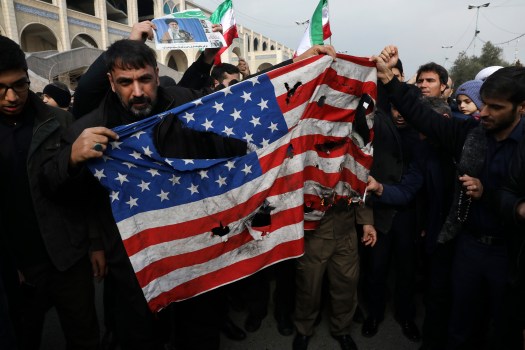 Iran says it has identified American targets to be attacked as a revenge for the killing of Gen. Qassem Soleimani, the head of Iran's elite Quds Force, in an American airstrike.
A senior Iranian commander, General Gholamali Abuhamzeh, on Saturday, said that some 35 US targets in the Middle East, as well as Tel Aviv, were within reach of Tehran.
Abuhamzeh is the commander of the Iranian Revolutionary Guard Corps in the southern province of Kerman, Reuters reports.
He said: "The Strait of Hormuz is a vital point for the West and a large number of American destroyers and warships cross there.
"Vital American targets in the region have been identified by Iran since a long time ago. Some 35 US targets in the region, as well as Tel Aviv, are within our reach".
Meanwhile, CNN reports that the US is seeing indications that Iran has stepped up its readiness to launch short- and medium-range ballistic missiles.
Israel has raised its security alert at missions worldwide, and will convene its security cabinet on Sunday in the wake of Iranian threats.
During his visit to Soleimani's family, President Rouhani restated Iran's resolution to revenge.
At the weekend, cities across the Canada, Germany, United Kingdom and United States witnessed protests over the killing of Soleimani.
By Linda Ochagla at Monday, January 06, 2020