Iran's ballistic missile attacks on US targets in Iraq was the "first step" and Tehran will not spare American troops, an Iranian Revolutionary Guard commander has warned.

State TV quoted the official as saying: "The missile attacks today were just the first step. (US President Donald) should think about withdrawing its troops from the region and not to leave them within our reach."

Around a dozen missiles were fired at two Iraq bases housing US and coalition troops following the killing of the country's top general. 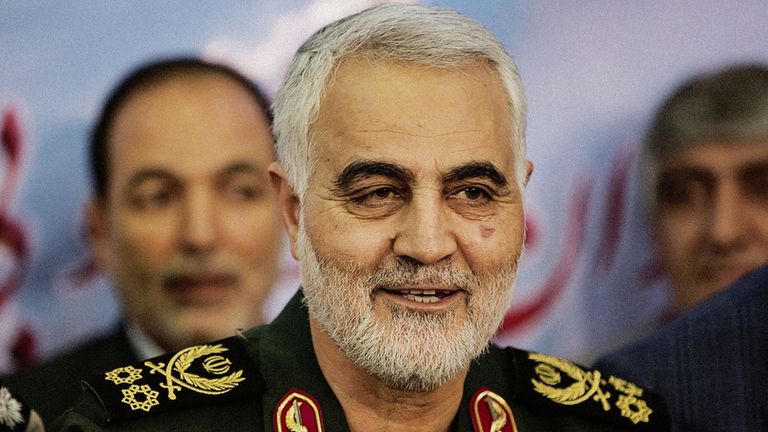 Tehran said the attacks were revenge for the killing of General Qassem Soleimani whose funeral in his hometown on Tuesday prompted angry calls to avenge his death.

The missiles are reported to have been fired by the Revolutionary Guard aerospace division and the operation was named "Marytr Soleimani".

Iran's Revolutionary Guard then warned the US and its regional allies against retaliating over the missile attack in Iraq.

It issued the warning via a statement carried by Iran's state-run IRNA news agency.

"We are warning all American allies, who gave their bases to its terrorist army, that any territory that is the starting point of aggressive acts against Iran will be targeted," it said. It also threatened Israel.

"So far, so good! We have the most powerful and well equipped military anywhere in the world, by far! I will be making a statement tomorrow morning." 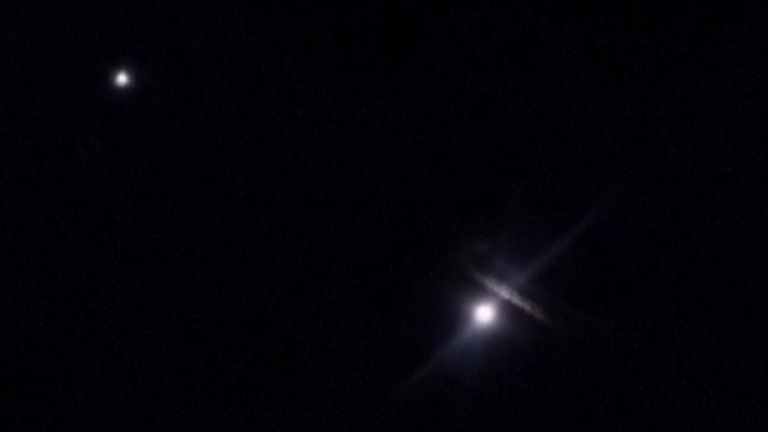 Iran attacks air base housing US troops in Iraq

A US government statement said: "It is clear that these missiles were launched from Iran and targeted at least two Iraqi military bases hosting US military and coalition personnel at Al Assad and Erbil.

"We are working on initial battle damage assessments.

"These bases have been on high alert due to indications that the Iranian regime planned to attack our forces and interests in the region.

"As we evaluate the situation and our response, we will take all necessary measures to protect and defend US personnel, partners, and allies in the region." 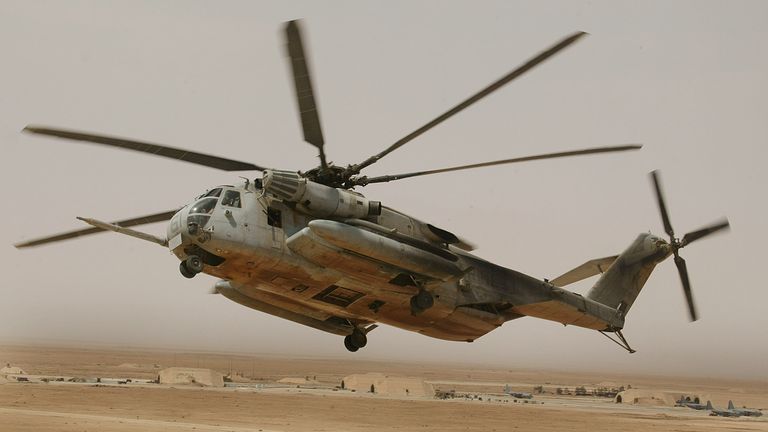 Image:A US Marine helicopter takes off from the Al Asad base (file pic)

He added: "It has not been confirmed the size of the attacks or if there have been any casualties."

The strikes come just hours after US defence secretary Mark Esper told a news conference: "We're seeking a diplomatic solution - but first this will require Iran to de-escalate.

"The ball is in their court, what they do next will determine what happens in the subsequent moves."

Meanwhile, The US Federal Aviation Administration will ban US carriers from operating in the airspace over Iraq, Iran, the Gulf of Oman and the waters between Iran and Saudi Arabia. 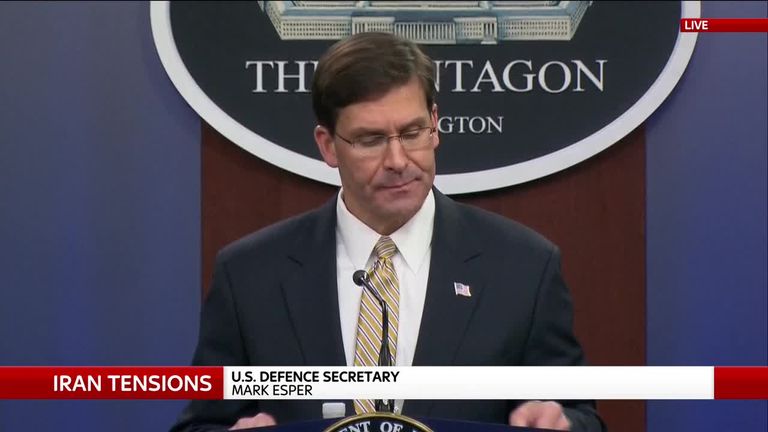 Mark Esper: 'We don't seek war, but are prepared to finish one'

It later saw American troops stationed there amid the fight against the Islamic State group in Iraq and Syria.